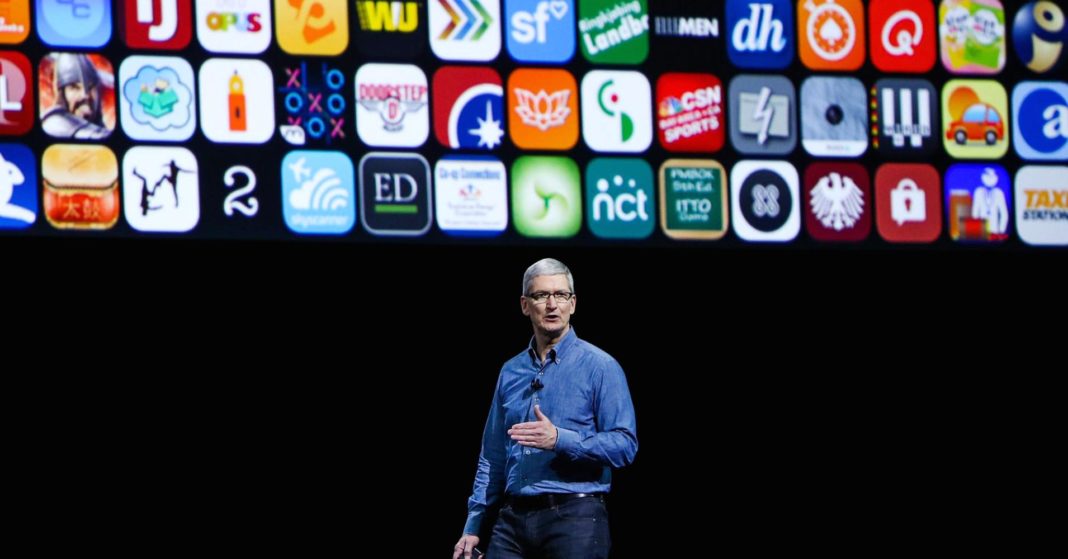 A group of people that makes apps has banded together to ask Apple to allow more free trials and better revenue from the App Store.

The cadre calls itself the “The Developers Union,” according to its website, and includes over 100 people as of Friday afternoon. The group doesn’t have dues and says it’s a “non-union union.” Its main demand is allowing every app to offer users a free trial period “to show users their creation and establish value.” Today, only subscription-based apps can offer a free trial.

In the future, the group may also ask for an increased share of App Store revenue.

Apple didn’t immediately respond to a request for comment on the new group.

The website says it was inspired by the documentary, “App: The Human Story,” which follows the stories of several app makers who decided to enter the app-making industry in the early days of the iPhone.

The union is forming ahead of Apple’s annual developer conference, WWDC, which runs from June 4 to June 8 in San Jose, California. That event is where the company usually reveals new software features coming over the next year.

Over the past few years, Apple has invested heavily in overhauling its tools for app makers as services like the App Store have become a larger share of the company’s revenue and growth.

Apple has invested in “learn to code” programs in schools and has emphasized learning in its stores, too. It introduced a new, easier-to-learn coding language for developing apps, Swift, and coding environment, Swift Playgrounds. It created a new revenue-sharing model for subscription apps, so developers would get a bigger share. The new MacBook Pro added special features for development platform Xcode, and more of Apple’s code is now open source. In June of last year, Apple capped it all off with a redesigned App Store.

But according to the documentary, not all of these changes benefitted developers equally. Some developers said they saw prices dropping and revenue declining as free apps with “annoying” in-app purchases seemed to take off instead. And as Apple has cranked out new features, like augmented reality, some consumers have complained that the quality of services like Siri has slowed.

Still, Apple says that in 2017 alone, iOS developers earned $26.5 billion, a 30 percent increase from a year ago. The company also said in January that “app economy” created has created 1.6 million jobs in the U.S.

“If you want your ideas represented, then you’ve got to be a part of it,” one developer in the documentary said.