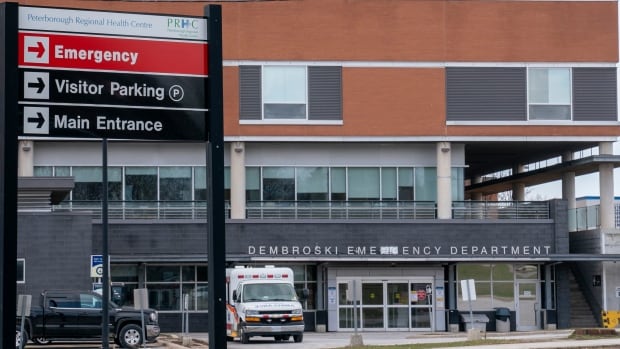 Six years after Abdurahman Hassan, a Somali man with mental illness, died while being restrained in immigration custody, Ontario has set an inquest into the death of the 39-year-old.

Abdurahman Ibrahim Hassan died in hospital on July 11, 2015 after being transferred from the Central East Correctional Centre, otherwise known as Ontario’s Lindsay jail.

He had been held for three years by the Canada Border Services Agency (CBSA) awaiting deportation.

“Hassan was the youngest son of a family that had fled from war-torn Somalia, seeking a better life in Toronto,” Senator Mobina Jaffer said in 2016 while raising concerns over the Canada Border Services Agency Act.

News of the inquest comes five years after the province’s police watchdog, the Special Investigations Unit (SIU), cleared two police officers, one with the Peterborough Police Service and the other with Ontario Provincial Police, of any responsibility in connection with Hassan’s death.

On the night of June 10, 2015, two police officers, five nurses and three security guards entered an “isolation room” where Hassan was being held, and attempted to sedate him. The SIU report indicated Hassan had been ingesting clumps of his own hair as well as feces.

Together with the security guards, the officers held down Hassan’s legs and held a towel to his mouth “to prevent him from biting and spitting,” the report said.

Within five minutes of administering the sedative, the report said, Hassan fell asleep.

Less than three hours later, the officers re-entered the room along with four nurses. Hassan woke up and according to the SIU, again began ingesting and throwing feces.

Again he was held down, his mouth covered with a towel and head held against the bed.

“While being restrained, the man kicked, hit, and grabbed at the nurses who were attempting to clean him and his bedding. Suddenly, the man stopped moving,” the report said.

“The issue that I need to determine is whether or not the actions of either of the subject officers were a significant contributing cause of the man’s death. My conclusion is that neither officer did anything that could reasonably satisfy the essential offence element of causation,” wrote Tony Loparco, the SIU’s director at the time.

The inquest, which is mandatory under the Coroner’s Act, is set to begin Nov. 29 and is expected to last 15 days, according to Friday’s announcement by Dr. Paul Dungey, the regional supervising coroner for East Region, Kingston Office.

As is often the case with inquests, the jury may make recommendations aimed at preventing further deaths.

In all, it will hear from approximately 20 witnesses.

Earlier this year, Human Rights Watch and Amnesty International released a joint report that found Canada detains thousands of asylum seekers every year in often abusive conditions where Black people and people of colour appear to be held for longer periods.

Many asylum seekers are held in provincial jails with the regular jail population and are often subjected to solitary confinement, the report said, and those with psychosocial disabilities or mental health conditions experience discrimination.

The organizations have called on the federal government to end immigration detention in Canada.

The CBSA remains the only major law enforcement agency in Canada without independent civilian oversight, which repeatedly resulted in serious human rights violations in the context of immigration detention, the advocacy groups said.