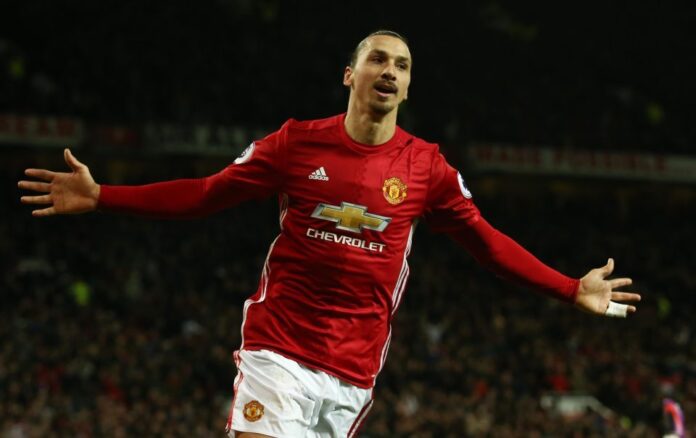 Zlatan Ibrahimovic came off the bench to score the winner as holders Manchester United had to work hard to beat Championship strugglers Blackburn in the FA Cup fifth round.

Striker Ibrahimovic was allowed too much time in the box to latch on to fellow substitute Paul Pogba’s pass and tuck in from close range with 15 minutes remaining.

Danny Graham had given the hosts the lead with a rising finish following excellent play by Marvin Emnes, who himself had tested Sergio Romero with a thumping effort moments earlier.

In response, Rovers goalkeeper Jason Steele pushed away Ander Herrera’s fierce shot, but Marcus Rashford equalised for the visitors by going round the goalkeeper and slotting in from Henrikh Mkhitaryan’s precise pass.

The draw for the quarter-finals takes place on Sunday at 18:30 GMT on the BBC News Channel, BBC Radio 5 live and the BBC Sport website.

Victory for United maintains their hopes of a cup treble this season, as they travel to Saint-Etienne in the Europa League on Wednesday with a healthy last-32 first-leg advantage, and face Southampton in the EFL Cup final next Sunday.

Jose Mourinho’s side did not have it all their own way at Ewood Park and were slow and sloppy in possession, while struggling to carve open clear-cut opportunities.

But they had summer signings Ibrahimovic and Pogba to thank as the two players combined for United’s winning goal, with the side now losing just one of their last 10 away games in all competitions.

World-record signing Pogba, who reportedly said he left the club in his first spell after failing to play against Blackburn in 2011, picked out Ibrahimovic with an inch-perfect pass, although the home defenders should have done better to close the Swede down for his 24th goal of the campaign.

It was also Mkhitaryan’s incisive, outside-of-the-foot pass which opened up the Blackburn’s defence for the opening goal. The excellent Armenian controlled much of the match with his intricate passing and pacy forward play, driving a strike narrowly wide in the first half.

Harking back to the old days

Premier League title rivals against United during the mid-1990s, Rovers have fallen on difficult times since and find themselves at the wrong end of the Championship, in real danger of being relegated to the third tier.

When once they could boast the likes of Simon Garner, Alan Shearer and Andy Cole in their starting line-up, this side is mostly put together from free and loan signings.

Nomadic front man Graham, acquired for nothing from Sunderland, has impressed this term and rolled back to happier times for Rovers with a well-taken effort after 17 minutes, turning Chris Smalling and striking high past Romero for his 12th goal of the season.

Graham’s spin and shot when looking for a second provided no problems for the United goalkeeper and winger Craig Conway was wasteful by lashing over the crossbar from a promising position.

Defeat means Owen Coyle’s men have won only once in five games and now turn their attention to preserving their Championship status.

Blackburn travel to Burton Albion in the Championship next Friday (kick-off 19:45 GMT), while Manchester United head to Saint-Etienne for the second leg of their Europa League last-32 tie on Wednesday (kick-off 17:00 GMT).