Home Communities How To How To Pose For Photos: The Professional Guide

You’re pouting for dear life, squeezing in the cheekbones, squinting those eyes like Jon Kortajarena doing a sudoku and yet when your mate turns the camera around you’re confronted by an image of your constipated, bloated, and worryingly wired face. And that’s before you’ve clocked your old-man hand limping in the corner looking as awkward as a dithering turtle.

How do the cover-models do it then, a knock-out photo time and time again? Well, genetics help (duh!) but so does knowing how to pose for photos, tricks of the trade that can help turn you into the man you’ve always wanted to be (on Instagram anyway). So in order to prevent you cringing at yet another picture of yourself, we have collected these tips with the help of some experts so you can take a good photo from well before the camera clicks till your raking in those Instagram likes at the rate of street style maestro Garcon Jon.

It’s the night before your big shoot, or you know a party where cameras are going to be in attendance, so you’re probably going to want to take it easy. No tricks here, just some simple R&R. “The best photos are moments,” says Sam Way, a model and singer-songwriter represented by Models1. “So, just be in them, and relax. Get a good night sleep, and don’t eat too late the night before either. You want to be as fresh as you can be. If I can I’ll do some yoga, or meditate the night before too.”

Just being told to relax like Frankie going to Hollywood is easier said than done, but if you’re at a party or a wedding, try and enjoy yourself and talk to as many people as possible. This will help you to become more present in the moment and in turn, make for a more relaxed, less forced photo.

For Andy Barnham, a men’s style photographer who has shot the likes of David Gandy and Tinie Tempah, there are four main things to consider when preparing for your photograph to be taken: posture, hair, a shave and the clothes you wear. “No matter how you want to look be it smart or rugged, all of these things are easy to do, but they take thought and preparation before a shoot and are difficult to fix at the last minute.”

We will talk about posture later and it goes without saying a fresh hairstyle and a clean shave (or at least a trim of the beard or stubble) will make you look more presentable, but the clothes you wear are often an overlooked piece of the jigsaw when it comes to preparing for a photo opportunity.

James Jonathan Turner, a London-based tailor with a 1950s styled Instagram most men would give their prized Rolex for, recommends you keep your sartorial style clean and simple for the best shots. “I normally stick to different shades of grey jackets and suits if I wear them and I only ever wear white shirts when wearing anything formal at all. This also helps if I want a shot to be black and white as it provides a contrast.”

Also take care to think about the setting, especially if you’re trying to build up a following on Instagram like Turner. “Concentrating more on the atmosphere in a shot rather than the clothes themselves I believe works. Clothes can only take a look so far in a photo. It’s creating an atmosphere that I’m more interested in.”

This especially works on Instagram where the profiles that work the best have a strongly defined identity. For example, many of Turner’s photos are taken along cobbled streets or outside varnished brickwork which suits his classic menswear style whereas if your aesthetic was streetwear a more modern setting would work better.

Finally, think about what camera you want to use. “DSLR images can be retouched and edited to bring out the best in an image including people,” says Barnham. “While there are editing apps on an iPhone, iPhone images can’t be retouched to the same extent. And as images can be uploaded online almost instantly, whether you’re looking good or not; take care.”

After all, you don’t want sneaky Dave posting a photo of you on Facebook with 11 in the evening shadow and a double chin.

When The Camera Clicks

While it might seem like every photo a model posts on Instagram is done with a dollop of graceful laissez-fairness usually there are 100 photos behind that perfect profile pic, so for the best photos try and take as many as you can and edit down from them.

While you’re taking test runs keep an eye on the photos and try and figure out what your best side is. A 2012 study from Wake Forest University found that when asked to assess pictures of men and women from the right and left-hand side, the 37 male and female students surveyed overwhelmingly favoured the left side, which is generally regarded as more aesthetically pleasing. However, not everybody’s face is created equal, in more ways than one, and because of our face’s asymmetry, your right side may look better in photos. The only way to find out is through trial and error so look at past photos that you like of yourself and try and notice a recurring side.

What To Do With Your Face

One thing that may make one side better than the other is a must-hide blemish. “Sometimes there are obvious features to show or hide,” agrees Barnham. “I once photographed someone with only one nostril, due to a bicycling accident, which was best avoided.”

To hide a double chin, or even just to prevent one showing up that isn’t there, push your chin out and a little bit down. This will also make the jaw look more angular. Do not pull it back as this tends to be why double chins show up in photos. An elevated camera angle will also help here, and not be facing the camera squarely, as doing so can cause a face to widen, while a little bit of a turn helps to create a more chiselled look.

When smiling try to keep your tongue behind your teeth and to the roof of your mouth. This keeps the smile controlled, prevents a gummy smile and can also lift the face while tightening the area underneath your chin. According to Way, a smile and a laugh is the key facial pose in his modelling arsenal. “It’s the simplest and most beautiful of expressions.”

Another key pose to think about is the squinch, basically a mix between squinting and pinching your eyes together. Do this by lifting the lower eyelid while only allowing the top eyelid to come down slightly. It’s a move often repeated by male models and can give your photo a sultry air, but be careful not to smile too hard – this inevitably ends up with you looking half cut. If you have a problem with blinking during photos close your eyes before the photo and then open them slowly just as the shot is being taken.

When it comes to resorting to the selfie, hold the camera as far away from your face as possible, especially if you’ve got a particularly prominent snout. A study from Rutgers University and Stanford University found that the nose looks around 30 per cent larger through a camera lens at one foot away than it does from five feet away. “If you can put your phone on self timer then great,” advises fashion and lifestyle photographer Hannah Miles, “do that and get more of your body in the frame.”

What To Do With Your Body

So you have the face sorted, now what to do with the body? “Just get comfortable, if it feels weird, it probably looks it,” says Way.

As mentioned earlier, maintaining posture is also key. Keep your chest broad and pinch your shoulder blades together to create a straightened back and prevent hunched over shoulders. You should try and retain this posture throughout the day, whether you’re on camera or not.

“Looking over your shoulder with your back towards the camera is flattering for everyone,” says Miles on what pose to strike with you body. “It shows a good jaw line and angle for the face.”

Think about what you are doing with your hands too. Anything that creates a bit of dynamism to the photo is good, such as a hand leaning up against a wall. “I encourage a model to create shapes and angles with their body, arms and legs, to complement composition,” says Barnham. “This can be done simply by putting a hand in a pocket or the classic pose of straightening a tie, both of which bend the elbows. Avoid creating parallel lines though, such as standing straight with arms by one’s sides. It’s rigid and unflattering.”

You might dismiss the composition and lighting as a photographers concern, but this could be the make or break moment that stands between you and Instagram superstardom.

Barnham sets out two main things to consider with the composition of a photo: the rule of thirds and negative space.

The rule of thirds guideline divides a photo into nine equal parts with the intersections between these boxes hot spots to which our eyes are naturally drawn. If you put yourself in one of these hotspots it will make you more engaging within the frame of the photo. In a similar manner, negative space emphasises and draws your eye to the main subject of a photo by providing a relatively empty space for your eyes to rest while preventing a photo from looking too cluttered. Basically, if you want to be the centre of attention in your photo don’t position yourself in the centre.

When it comes to lighting also bear in mind how much of an effect this will have on your image. “Each face handles light differently, but a full frontal light a little bit above you, or a little bit to the side is a standard on set,” reveals Way. “Morning light and the light an hour before sundown is called ‘magic hour’ and the natural light you get at this time gives the skin this impeccable beautiful glow.”

The benefit of a softer light is it will balance out your skin tone and can even hide those pesky wrinkles while lighting situations that could cause dark shadows, like underneath an umbrella in a pub garden, for example, will create unflattering dark spots on your face and underneath your eyes, hence why you looked like a racoon at that wedding this summer. So next time you’re greeted your constipated, bloated, and worryingly wired face you can always just put it down to the bad lighting. 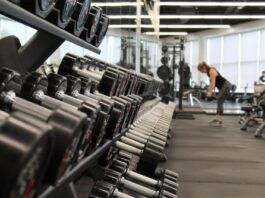 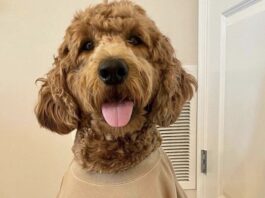 30 Of The Best Funny Gifts For Men That Guarantee At... 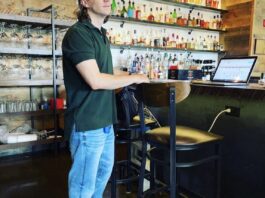 16 Of The Best Dad Jeans That Deserve a Place In... 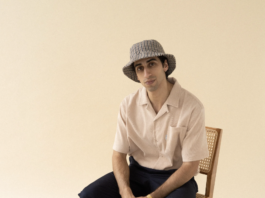 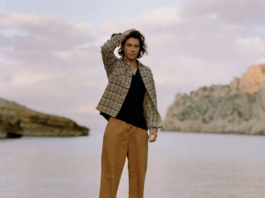 16 Of The Best Men’s Elastic Waist Pants That Will Stay... 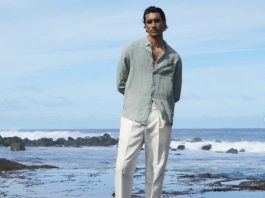 15 Of The Best Casual Pants For Men That Will Prepare... 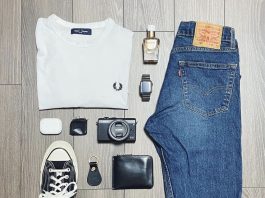 20 Of The Best Wallets For Men That Will Keep Your... 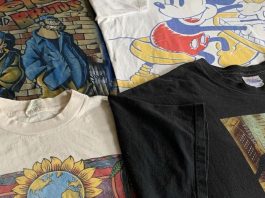 12 Of The Best Graphic Tees To Wear All Week Long... 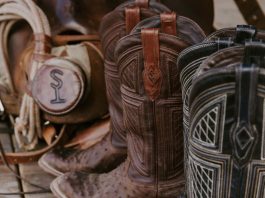 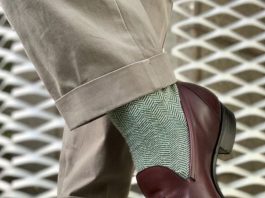 15 Of The Best Slip-On Shoes For Men That Can Upgrade... 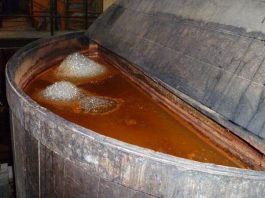 The Best Rum: A Guide For Pirates And Drink Snobs Alike 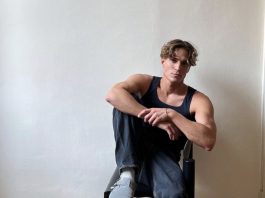