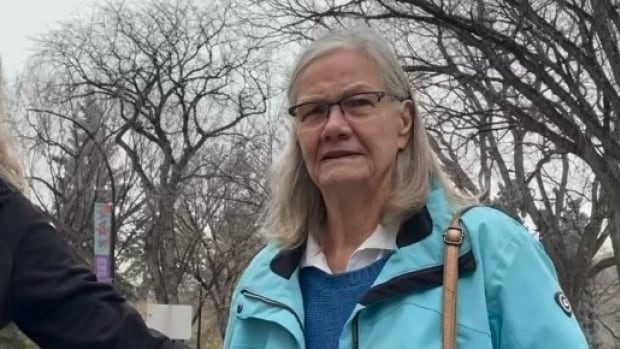 Greg Fertuck drunkenly admitted to killing his wife Sheree on Dec. 7, 2015 — just hours after the crime allegedly happened —  according to his girlfriend at the time.

“He came home at eleven o’clock at night, drunk, and said he had killed his wife,” Doris Larocque testified on Tuesday at Saskatoon’s Court of Queen’s Bench. Larocque and Fertuck were a long term couple and Fertuck lived with her until his arrest in 2019.

Fertuck is on trial for first-degree murder, accused of killing Sheree in 2015. Sheree was last seen on her way back to work in a remote gravel pit near Kenaston, Sask.

Fertuck was arrested and charged with murder in 2019, after confessing to undercover police officers who targeted him in a Mr. Big sting.

Larocque testified that Greg told her he drove to the gravel pit and saw Sheree pulling her truck in. According to her testimony, Greg told Larocque that Sheree gave a wave and a smile.

“And then he said he shot her.”

Larocque said Fertuck didn’t say how many times he shot Sheree or where. Larocque said he told her that he used a “machine” at the pit to get rid of the body.

“I just thought he was bullshitting because he was drunk,” she told the court.

Larocque said Greg told her not to tell anybody — and that if she did tell anybody, she’d be next.

When Crown prosecutor Carla Dewar asked what she thought that meant, Larqocque responded that it was “obvious.”

Larocque was interviewed by police multiple times after December 2015, but didn’t tell police what Greg allegedly said that night until 2020.

When asked by the Crown prosecutor why she eventually told police that Greg said he killed Sheree, she said, “I don’t know. Because it was the truth I guess.”

She testified via video link from a separate room at the courthouse. There was a support worker in the room with her.

Fertuck’s lawyer Morris Bodnar noted her memory loss and suggested Larocque could be suffering from early onset dementia. She agreed, saying she’s not diagnosed but has thought about it — it’s an illness that plagued her mother, too.

Beyond the drunken disclosure, she couldn’t remember a lot of details from December 2015. She couldn’t remember Fertuck attending a physiotherapy appointment on the day that he is alleged to have killed Sheree and she didn’t remember participating in a police interview with Fertuck on Dec. 11, 2015.

Bodnar pointed out that Larocque told police Fertuck had not said things like “I killed that bitch” or “she deserved it.”

Crown prosecutor Carla Dewar used her re-examination to clarify with Larocque what Greg told her on the night in question.

“Not to say anything or you would be next?” Dewar asked.

“So he did threaten you?” Dewar asked.

Justice Richard Danyliuk is presiding over the trial, which is in its eighth week.