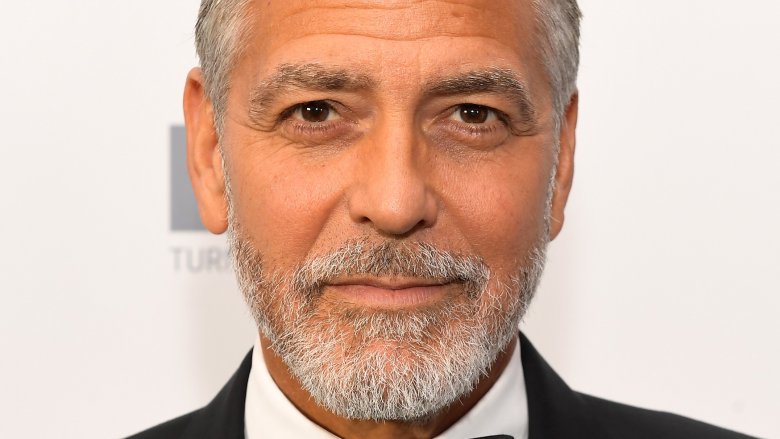 After police and an ambulance arrived on scene, the 57-year-old injured actor was taken to Giovanni Paolo II hospital. According to a local newspaper called La Nuova Sardegna, a CAT scan showed that Clooney, who had suffered “slight trauma to the pelvis and bruises to one leg and an arm,” thankfully did not have any broken bones or serious injuries (via Page Six).

On Tuesday morning, July 10, 2018, the movie star was involved in a traffic accident while riding a scooter in Olbia, Italy, CNN reports. According to local authorities, the incident took place at around 8:15 a.m. local time after a driver operating a Mercedes did not stop at a turn and collided with Clooney, who was thrown over the top of his scooter before slamming into the car’s windshield.

While he was released from the hospital by 10 a.m., the Oscar winner is expected to receive outpatient monitoring and physical therapy treatment by the hospital’s staff over the next 20 days.

Clooney, who is currently filming a Catch-22 mini-series on the Italian island of Sardinia, reportedly told an officer that he was “fine” following the collision, and will return to work later this week. At the time of this writing, Clooney and his rep have yet to comment on the accident.

He and his wife, Amal Clooney, currently reside on the mainland in Lake Como, Italy with their young twins, Ella and Alexander. As Nicki Swift previously reported, the couple married in September 2014, before welcoming their children in June 2017. At the time, a representative for the Clooney clan told media outlets that their little bundles of joy were “healthy, happy and doing fine,” while jokingly adding that “George is sedated and should recover in a few days.”