Genesis Open: Dustin Johnson one ahead in quest for number one ranking 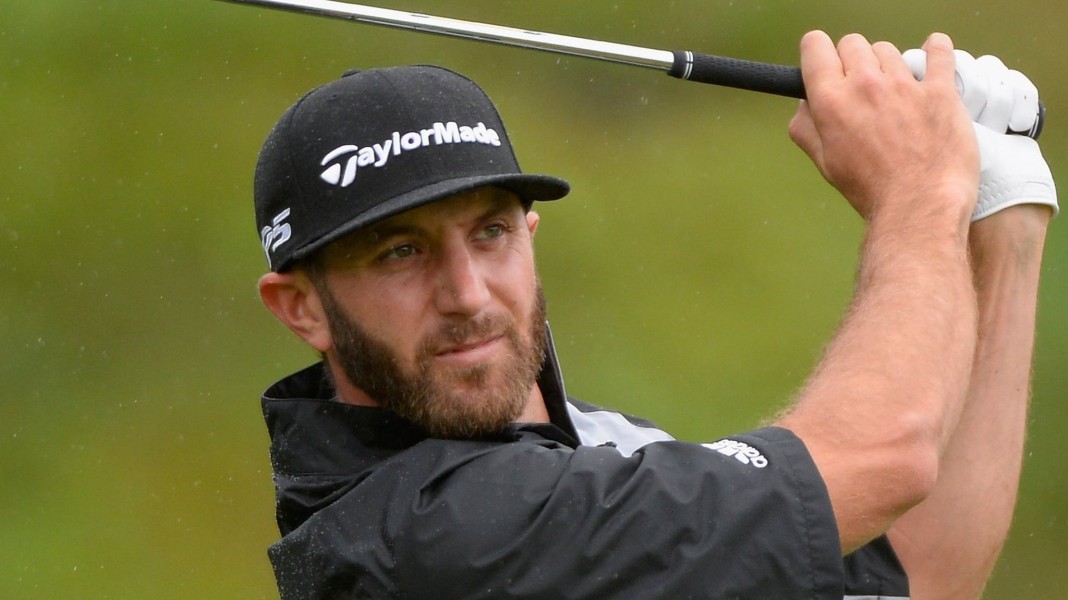 American Dustin Johnson enhanced his bid to become world number one by taking a one-shot lead after two rounds of the delayed Genesis Open at Riviera.

Following storms that hit Friday’s play, Johnson made a second successive five-under 66 to reach 10 under.

He will top the rankings for the first time if he wins and Jason Day finishes in a three-way tie for third or worse.

Australian Day was one of the few players to begin his third round and is tied for 53rd, nine shots adrift.

Japan’s Hideki Matsuyama also started the week with hopes of heading the rankings but he will play no further part in California after making nine bogeys and missing the cut.

American pair Pat Perez and Cameron Tringale lie a shot off the lead, the latter having spectacularly pitched straight into the hole with a wedge at the 18th to record a seven-under 64 in the second round.

Johnson is one of the players facing 36 holes on Sunday and play will resume at 6.50am central standard time (CST).

He was unable to start his third round on Saturday evening as bad light suspended proceedings at 5.43pm CST – 17 minutes before Johnson was due to tee off.

Victory would preserve his record of having won at least once in each of the 10 seasons he has been a professional.

The 32-year-old said: “I want to win this tournament. Whether I get to number one or not doesn’t really affect me. I want to put myself in a position to have a chance in the final round.”

English former world number one Luke Donald, now ranked 94 and without a win on the PGA Tour since 2012, is four back after four birdies in a second successive 68.

American two-time major champion Jordan Spieth is a further shot adrift, having also made four birdies and a solitary bogey in a 68.