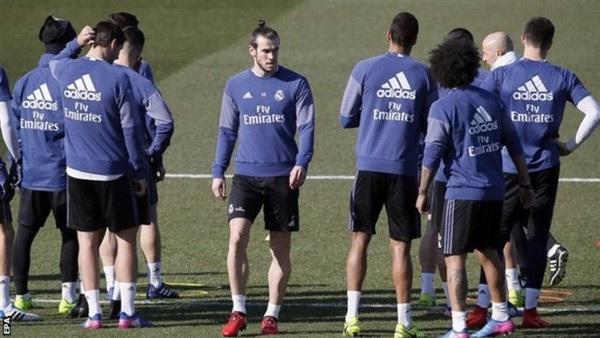 Gareth Bale is set to make his first appearance since November after being passed fit for Real Madrid’s match at home to Espanyol on Saturday.

The 27-year-old Wales forward has been out since having surgery on ankle tendon damage suffered in November.

Wales’ next match is a 2018 World Cup qualifier against Republic of Ireland in Dublin on 24 March.

“He will be in the squad and the plan is for him to have some minutes,” Madrid manager Zinedine Zidane said.

Madrid are top of the Spanish league by one point from Barcelona, but Zidane’s side have two games in hand. Barca play at home to fourth-from-bottom Leganes later on Saturday.

“Bale is a very important player for us. We know the quality and speed that he has, and the damage he can cause the opposition,” Frenchman Zidane added.

“He’s very happy to return to the team, to be with us, and be able to play again.”