Freddy Tylicki: Paralysed rider to return to the saddle 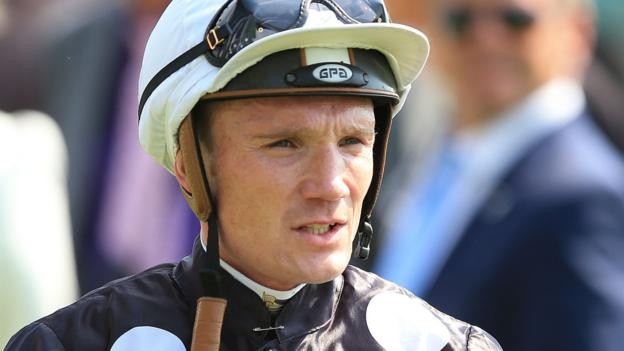 Paralysed jockey Freddy Tylicki will return to the saddle next week when he has a riding lesson.

Tylicki was left paralysed from the waist down after a four-horse pile-up at Kempton in October last year.

He was released from hospital in December and is now in a specialist spinal unit in London.

“It’s not going to be a racehorse – it’ll be something slower – but life goes on and you’ve got to make the most of it,” he told BBC Look East.

“There’s only two ways you can go in this situation and I’ve decided to go forward. Somehow, life goes on again.”

Tylicki’s life changed forever at what should have been a mundane Monday meeting at Kempton Park in Surrey.

He fell heavily from his mount, Nellie Dean, when appearing to clip heels with leader and eventual winner Madame Butterfly as the field rounded the home turn.

Tylicki broke 18 ribs in the fall, but most significant was the T7 paralysis, which meant he no longer had movement in the lower half of his body.

“I remember everything from the fall, and unfortunately that’s racing. It’s a very risky job and you know that as a rider,” he said.

The 30-year-old, who has not watched a replay of the incident, added: “Apparently it was a horrible fall, I haven’t seen it. I was there, so there’s no point looking at it again.

“You are going to have falls, and when you do fall it’s how bad it is afterwards. I got away with it a few times and unfortunately I didn’t this time.”