France-GB Davis Cup tie to be held on clay 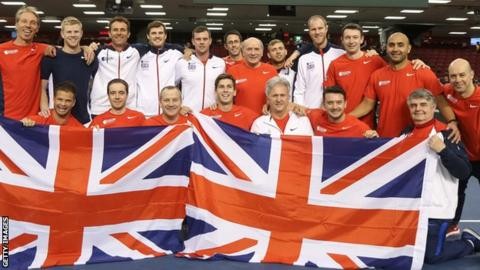 Great Britain’s Davis Cup quarter-final against France in April will be played on an indoor clay court in Rouen.

The three-day tie begins on 7 April, five days after the Miami Open, which is played outdoors on a hard court.

World number one Andy Murray, who sat out Britain’s 3-2 victory over Canada in the Davis Cup World Group first round, is expected to play in Miami.

Britain beat France in the quarter-finals in 2015, when they won the title for the first time in 79 years.

Murray, 29, said earlier this month he expected to return against France after a break following his fourth-round exit from the Australian Open.