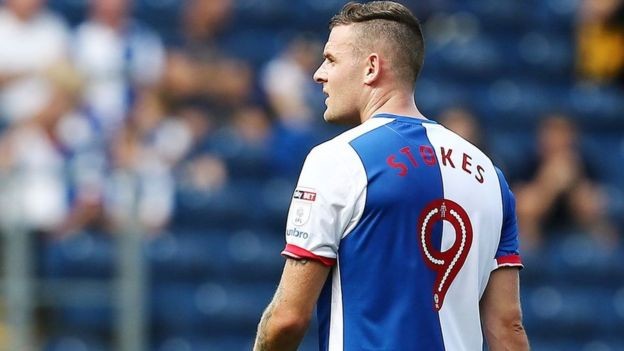 Republic of Ireland international Anthony Stokes has been ordered to pay an Elvis impersonator 230,000 euros for headbutting him in a nightclub.

He had already agreed to give his victim 30,000 euros for breaking his nose and two of his teeth.

He faces the second payout after being sued in the High Court in Dublin.

Former car park attendant Mr Bradley, 53, was attacked by Stokes in the VIP section of the Leeson Street venue.

Stokes, who has four Scottish league title medals with Celtic and nine Republic of Ireland caps, was given a two-year suspended sentence earlier this month after admitting the assault.

He has now been ordered to pay Mr Bradley 150,000 euros in general damages, 50,000 euros in aggravated damages and 32,000 euros for medical expenses, his solicitor confirmed.

The damages award by a jury in the High Court in Dublin is enforceable in Britain.

During the hearing, Mr Bradley told the court he has not received an apology from Stokes over the incident, although lawyers for the footballer apologised on his behalf during the sentencing hearing at the start of February.

The assault occurred while Stokes was on a night out with friends.

Mr Bradley, who had arrived at the club two hours earlier and had drunk one pint of beer while there, twice had drink spilt on him by a man before he was headbutted by Stokes.

The footballer was escorted from the premises following the incident and his sentencing heard he had told an employee: “If someone puts it up to me, I’m going to nut him.”

Mr Bradley was headbutted across the bridge of his nose and suffered a deviated septum and two broken front teeth in what was described as a “nasty, cowardly attack”.

His medical bills have cost 13,500 euros over the past three-and-a-half years.

Mr Bradley was away from his job as a car park attendant in the Gresham Hotel in Dublin for eight months following the incident and subsequently stopped working as he suffered physical and psychological effects.

He has also been diagnosed with a degenerative spinal condition since the assault, which causes pain across his neck and shoulders.