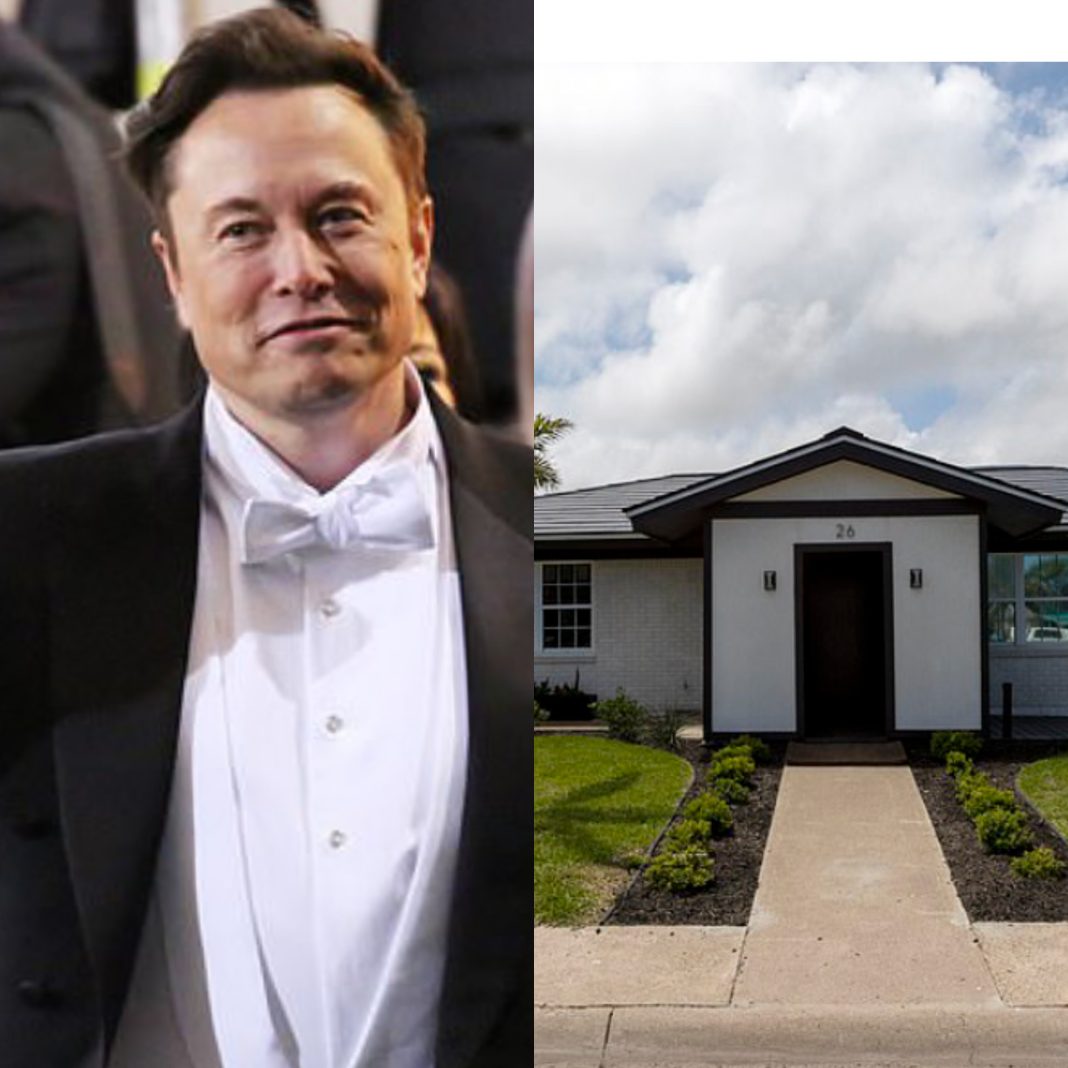 The Texas home of the world’s richest man, Elon Musk has been laid bare for the first time – and it’s worth just $50,000.

The house has a rocket-shaped kids’ playhouse and Tesla solar panels and is just a block from SpaceX Starbase and two miles from the Mexican border.

The photos were exclusively revealed by DailyMail.com  and comes after
Musk, 50, pledged to ‘own no home’ last year .

Neigbors also confirmed to DailyMail that Musk lives in the three-bed, ranch-style home.

Musk – who last month agreed to pay around $44billion for Twitter covered the entire roof in high-tech Tesla-made solar roof tiles and the house built in the 1970s is guarded with multiple cameras some hidden on palm trees.

Musk has sold seven Californian mansions in the past two years after promising to sell most of his possessions.

Last year he denied claims he secretly lives at a friend’s $12million mansion in Austin: ‘My primary home is literally a $50k house in Boca Chica/Starbase that I rent from SpaceX … it’s kinda awesome though.’