Edmund wins after another opponent defaults 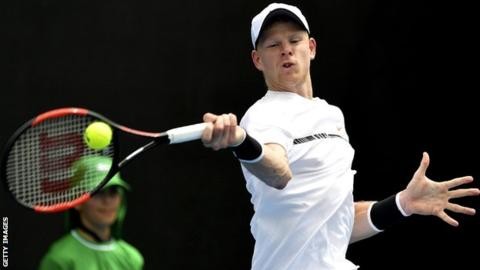 Mannarino had earlier kicked a chair, and hit a ball towards a ball boy.

Edmund’s previous match, against Dennis Shapovalov in the Davis Cup, ended with the Canadian being defaulted.

Edmund, the world number 49, had lost to 60th-ranked Mannarino in straight sets at Wimbledon last year, and the Yorkshireman goes on to face American Bjorn Fratangelo or Yen-Hsun Lu of Taiwan in the second round.

Canada’s Milos Raonic, the world number four, is the top seed at Delray Beach and a potential quarter-final opponent for Edmund.

Argentina’s Juan Martin del Potro is making his first appearance of 2017 after extending his off-season following victory in the Davis Cup in November.