Edinburgh appoint Cockerill as head coach from next season 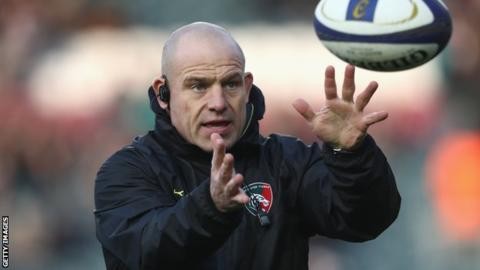 Cockerill, who was sacked by Leicester last month, is working as a consultant with Toulon in the French Top 14.

The former England hooker has signed a two-year deal with Scottish Rugby.

“It’s a real rugby city and the club has a lot of potential to grow,” said Cockerill, who has won the Premiership title three times as a coach.

“I am very much looking forward to a new challenge and the opportunity at Edinburgh Rugby ticked all the boxes.

“I’m also relishing the chance of coaching in the Guinness Pro12, which is a new league for me, and working with a clearly talented group of players.”

Edinburgh’s acting head coach Duncan Hodge will return to his previous position as backs coach when Cockerill takes up his post.

Scottish Rugby chief executive Mark Dodson said: “As a highly experienced, winning coach we targeted him and worked hard to ensure his talents could be secured for the benefit of Edinburgh Rugby.

“The fact he has chosen Edinburgh Rugby as the next step in his career says everything about the shared vision we have for the club and his role in it.”

“Richard’s arrival will bring a fresh perspective to the playing group and I’m sure our fans will be encouraged we have secured someone with his track record to take the club forward.”

“Hodgey has done a great job, but Richard has been brought in because he is a really experienced coach who has won at the highest level,” he said.

“His record in terms of doing well in Europe is exceptional. It’s a strength.