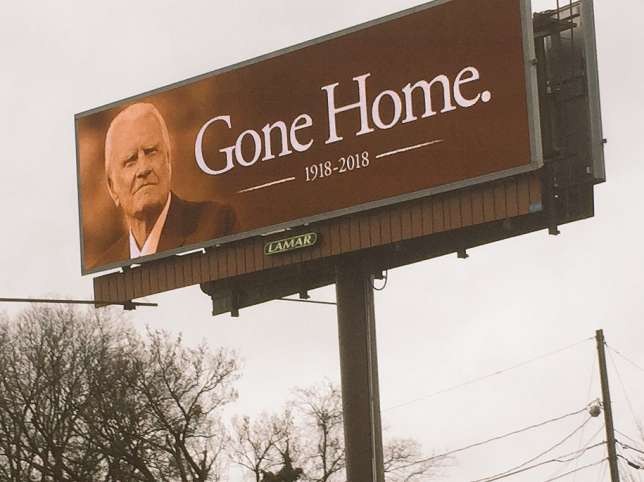 The televangelist says Graham’s death is a sign that the end is near.

Foreign preacher prophesies that death of Billy Graham will usher in last days.

World Religion News reports that this prophecy was made by Jim Bakker.

Speaking on his self-titled, The Jim Bakker Show, the televangelist said the passing away of the popular preacher is a sign that the end time is upon us.

In his words, “I believe with all my heart that the death of Billy Graham was going to signal…the beginning of the Judgment Days. The Last Days are coming.”

Graham was a well-renowned preacher, who lost his life at the age of 99.

He passed away peacefully in his sleep on Wednesday, February 21, 2018.

play All about Graham’s passing

Mark DeMoss, a spokesman for the Billy Graham Evangelistic Association, said, “It was described by nurse and doctor as a very peaceful passing. He was not in any pain, and he wouldn’t have suffered any.”