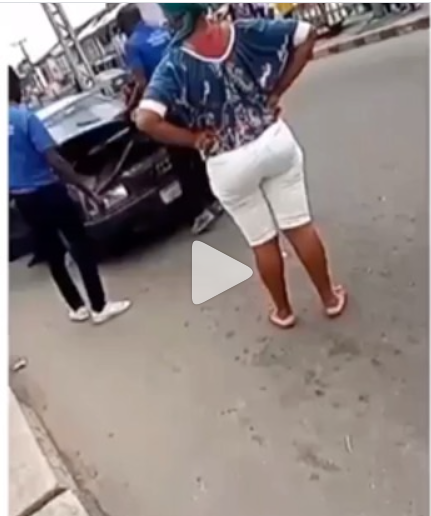 Cross River Task force, After being shared on social media, a video that has gone viral captured the moment some task force officials destroyed a taxi driver’s car and assaulted him for allegedly refusing to pay the N50 ticket fee.

The incident reportedly occurred at Marian in Calabar, Cross River state capital, on Wednesday, March 17, and it was learned that the officials involved are said to belong to “100Marian”.

The video also showed that the taxi driver came out of his car half-naked to defend himself while being assaulted by the task force officials.