Commentator sues after being sacked over ‘guerilla’ remark 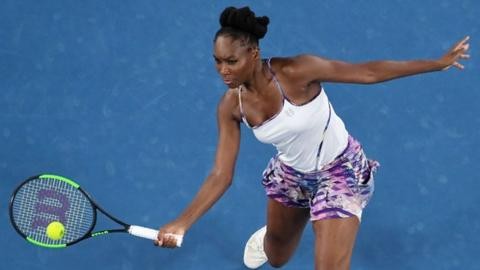 Sacked tennis commentator Doug Adler is to sue broadcaster ESPN, claiming he compared Venus Williams’ tactics to a “guerilla”, rather than a “gorilla”.

During Williams’ Australian Open second-round tie with Stefanie Voegele in January, Adler said: “Venus moved in and put the guerilla effect on.”

Adler apologised after viewers complained, but was dismissed by ESPN.

An ESPN spokesman told BBC Sport: “We have not been served and are declining further comment.”

Adler’s lawyer David M Ring said that “guerilla tennis” was a common phrase in the sport to describe an aggressive match, citing a Spike Jonze-directed advert featuring Andre Agassi and Peter Sampras that was named after the term.

Adler had worked for ESPN since 2008 and was a professional tennis broadcaster for six years prior to that.

He claims he suffered “emotional distress” after accusations of racism.