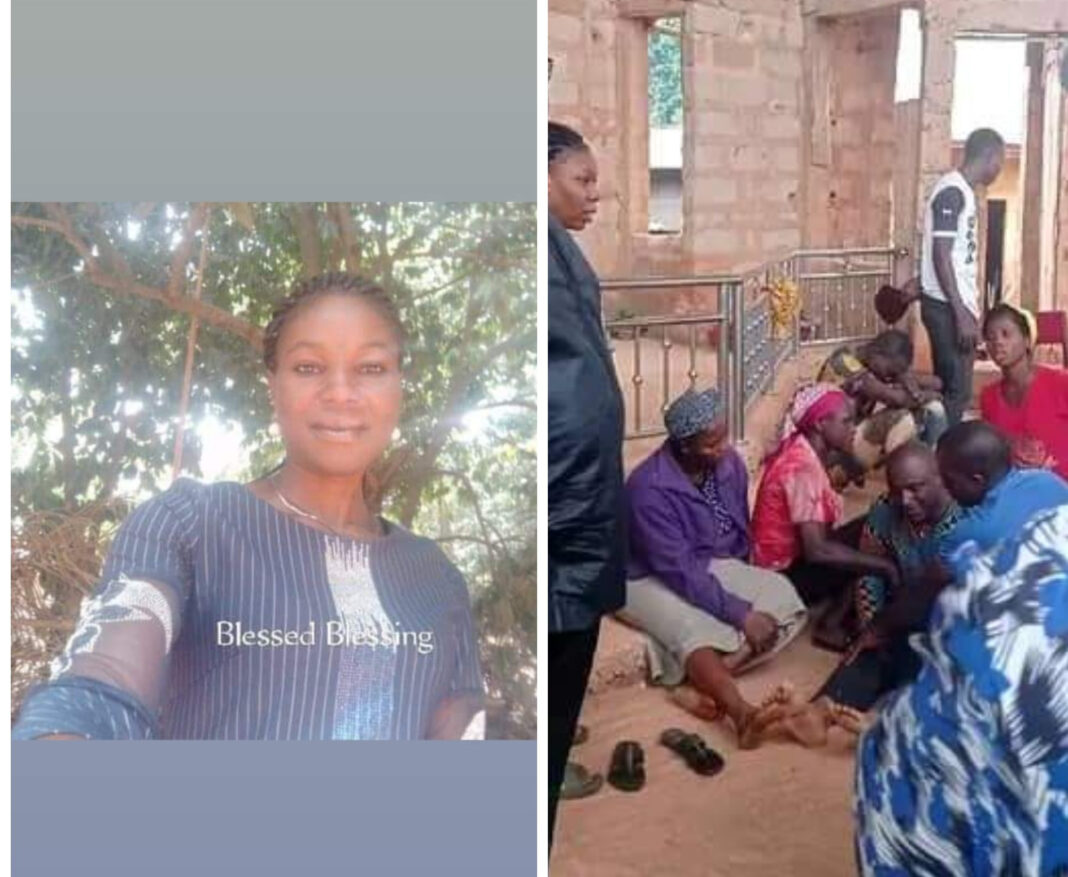 Wife of an Anglican cleric was discovered dead with her two children and two sisters at Amutenyi village in Obollo-Afor, Udenu Local Government Area of Enugu State.

The victims were found dead in two separate rooms inside their apartment on Saturday morning, October 8, 2022.

It was gathered that concerned neighbours, who noticed their unusual absence, raised the alarm as the woman’s husband, Rev. Adolphus Odoh, was said not to be at home.

Odoh, a teacher in Community Secondary School (CSS), Ehandiagu, Nsukka LGA, is resident in Obollo Afor, where he was posted as a pastor in an Anglican Church.

A villager said it was when the husband returned home that he and neighbours broke the door to discover that the entire family had died.

“The family is from Ehandiagu in Nsukka L.G.A but based in Obollo Afor. We learnt that the man returned in the morning and found his house still locked inside. He knocked and called out, nothing. He also called his wife’s phone number, it was ringing inside without response,” the villager narrated.

“He called his neighbours who told him to break open the door. It was after that they found the lifeless bodies. All five were already dead. “

“The two are the man’s only children while the other two deceased are sisters to the wife. One of them was taken for autopsy while the rest have been deposited in the mortuary.”

Another source said: “It was early morning Saturday when the husband of the deceased Rev. Adolphus Odoh came back from where he passed a night and discovered that their doors were still locked and his wife, two children and two relatives of the wife were nowhere to be found.

“He looked for them around the neighborhood but they were nowhere to be found. After looking around, they decided to break the doors only to discover that the five persons were still inside the room but were stone dead.”

The Commissioner of Police in the state, CP Ahmed Ammani, who confirmed the development in a statement described the incident as unnatural death.

In the statement signed by the spokesman of the command, DSP Daniel Ndukwe, the CP ordered the State Criminal Intelligence and Investigation Department (the State CIID) of the Command to conduct a full-scale investigation to unravel the circumstances surrounding the sudden and unnatural death of the victims in their apartment.

According to the statement, preliminary investigation showed the deceased persons went to bed on Friday night and were not seen the following morning.

“However, their lifeless bodies were found in two (2) separate rooms they slept in, when Police Operatives from Udenu Police Division of the Command, who swiftly responded to a distress call on the incident, forced-opened the doors of the rooms,” the statement read.

“They were immediately moved to the hospital and confirmed dead by doctors on duty, and their corpses deposited in the mortuary for preservation and autopsy. Further development will be communicated.”