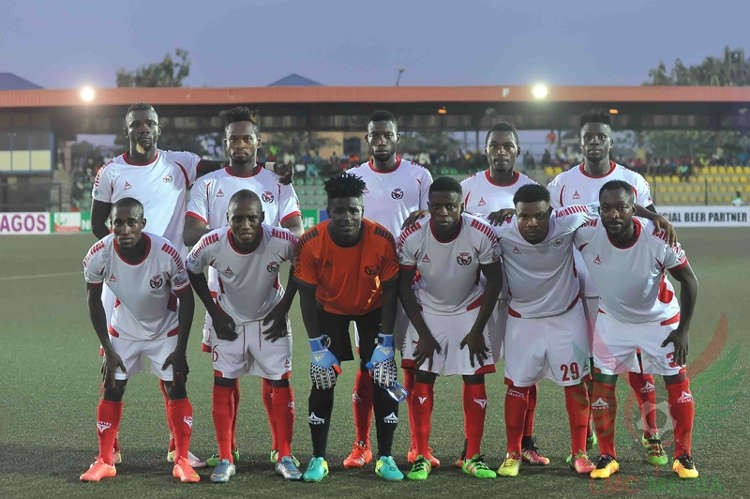 The two teams representing Nigeria in the CAF Champions League, Rangers and Rivers United have qualified for the first round of the continent’s premium club football tournament.

While Rivers United qualified in emphatic style, beating AS Real from Mali 4-0, Rangers pulled through via the away goals’ rule as yesterday’s game at the Nnamdi Azikwe stadium ended in a barren draw.

Rangers had played out a 1-1 draw in last weekend’s first leg game against JS Saoura, hence the 0-0 score from Sunday’s game was just enough to see them through.

The reigning Nigeria League champions will now face Egyptian giants, Zamalek, in the First Round.

On their part, Rivers United, who drew their first leg 0-0, will confront t Sudanese club, Al-Merrikh, in the First Round.

In the CAF Confederation Cup, Wikki Tourists were eliminated from the competition despite beating Royal Armed Forces Football Club of Sierra Leone 1-0 at home.

The Bauchi Elephants lost out 2-1 on aggregate.

Captain Mustapha Ibrahim scored the only goal of the game from the spot in the 58th minute.

Abubakar Lawal had earlier missed a penalty in the 19th minute.

Mohammed Babagaru’s side dominated play from start to finish in the game but were ousted from the competition due to their profligacy in front of goal.

Also last night, Ifeanyi Ubah crashed out of the Confederation Cup at the hands of Al Masry in Egypt. After winning the first leg in Nnewi, the Nigerian side were handed a similar 1-0 defeat by the Egyptian side, after extra time and in the ensuing penalties, the latter converted three of their spot kicks while Ifeanyi Ubah failed to score, putting an abrupt end to their campaign in the Confederation Cup.