Champions League: Barcelona have not given up, says Luis Suarez 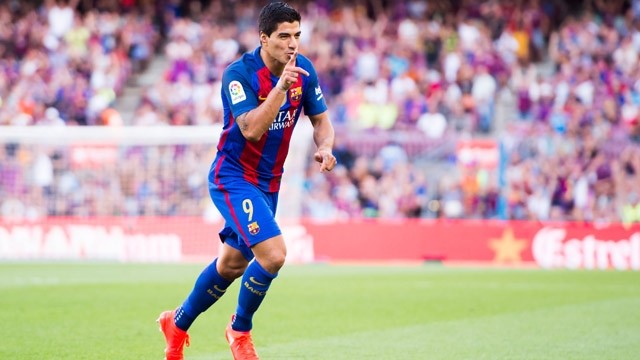 Barcelona have not given up on reaching the Champions League quarter-finals, says striker Luis Suarez.

The Spanish champions were beaten 4-0 by Paris St-Germain in the first leg of their round of 16 tie on Tuesday.

They host the second leg at the Nou Camp on 8 March, but no team has overcome a 4-0 first-leg loss to reach the next round of the knockout stages.

“If we want to make history at this club, we have to turn this tie around,” said Uruguay striker Suarez.

“We are the best team in the world. If there is a team that can overturn this situation, it’s Barcelona.”

Barcelona have won the European Cup or Champions League five times and have reached the quarter-finals for the last nine consecutive years.

“To lose in the manner that we did in the last 16 is difficult and painful. It’s going to be very difficult but it’s a beautiful challenge,” added 30-year-old Suarez.

Asked about under-pressure coach Luis Enrique, whose contract expires at the end of the season, Suarez said: “We are all to blame.

“We didn’t play well and we all have to take responsibility for what happened.”

Barcelona, who are second in La Liga and one point adrift of Real Madrid, face struggling Leganes at home on Sunday.