Home World News ‘Buhari is a man of God sent to save Nigeria from collapse,... 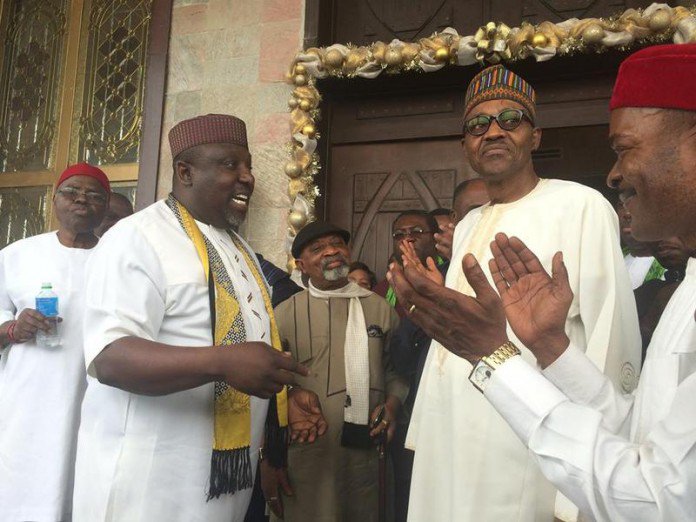 Imo state governor, Rochas Okorocha, has described President Buhari as a man of God sent to save Nigeria from collapse. In a statement released today to celebrate President Buhari who clocked 75, Governor Okorocha said the president came into power at a time when the country was on the verge of being grounded. He added that President Buhari’s drive to see a better Nigeria will earn him twice more votes in 2019 than what he got in 2015. The statement signed by his media aide, Sam Onwuemeodo, reads in part

“The governor described president Buhari as the man God had used to save the country from total collapse. At the time Buhari became president, the nation was at the verge of being grounded unknown to some people and then thanked God for his grace upon the land, called Nigeria. In 2019 the votes the president will get for his second tenure will be two times more than the votes he got in 2015 because most Nigerians have come to appreciate the necessity of his coming and what he is doing with the office.

In 2019 too, most of the political parties will not sponsor presidential candidates including some of the big parties to enable them support Buhari presidency, and to enable the President finish the good works he has begun and also lay a very solid foundation for those coming after him”