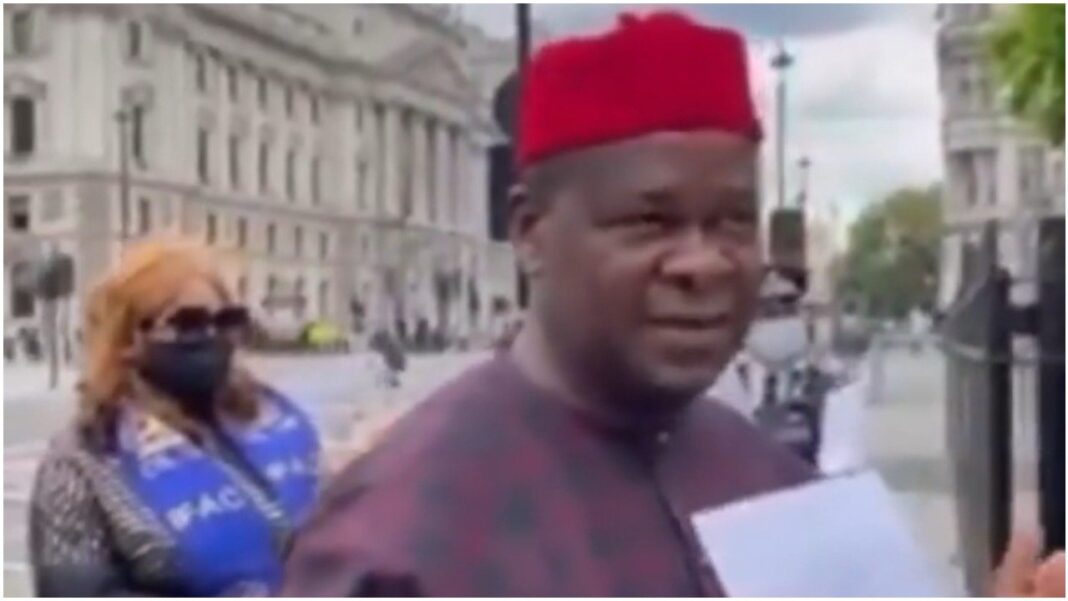 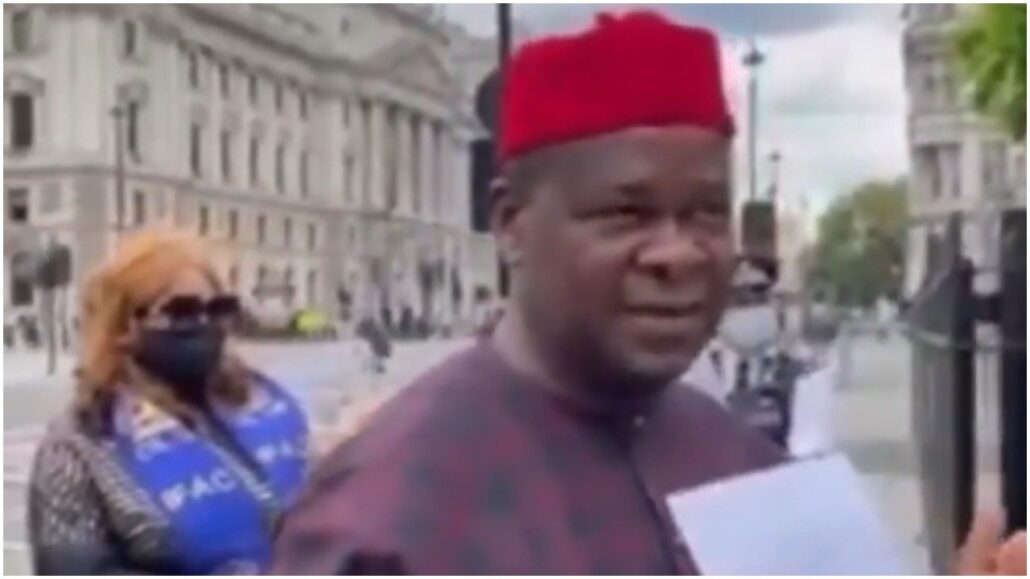 Igbo leaders in the United Kingdom have stormed the British Parliament with a petition against the government of President Muhammadu Buhari.

The group called on the House of Lords and members of the British Parliament to come to the aide of Igbo of the South East and other regions.

In the letter, according to the group, Buhari’s government has allowed security agents to continuously kill and maim Igbos in Imo State and other parts of the South East.

The group, which carried placards with different inscriptions as they protest at the Parliament, also said that Christians are being killed in Kaduna State, Middle Belt, South-South, and South East.

“It has been a long time for all of us to come together. Now, we’re here. This is the British Parliament; House of the Commons and House of the Lords, the mother of Parliaments,” the group leader said in a viral video.

“This is where Democracy started and where it would probably never end. We are bringing this letter because we’re suffering now in Igbo land, the South East, and other regions classified only as genocide.

“People are being killed daily. The humiliation the Igbo and the South Easterners are going through in Nigeria is unbelievable. Young boys and young girls are Marshalled out of their houses by heavily armed soldiers.

“They bring them out, and they disappear without any trace, and nobody, nobody, asked any questions. It should stop! It must not be allowed to continue in this current century that we’re living.

“we’re appealing to the House of Commons; to the members of House of Lords: we’re appealing to the United Kingdom Government of Great Britain to please… our knees are on the floor on behalf of our brothers and sisters who are being killed daily to please use your great offices to speak to the powers that be in Nigeria; to speak to the President of Nigeria and its government to stop the killings of the Igbos.

“To stop the humiliation of Igbos daily. Imagine that people driving on a public bus and they’re stopped at the police and army checkpoint. Every passenger in the bus steps out with their hands held high …and you do that daily. As a result, our economies in South East, South-South, and other regions are suffering.

“We plead with the Government of the United Kingdom to please stop what is happening in Nigeria. Christians are being killed. All the way from Kaduna State, Middle Belt, and South-Eastern Nigeria, and we want all that to stop.

“We are going to hand this letter over to the British Parliament, London, United Kingdom SW1, and we are handing it over to them. And in this letter, we articulated all that is happening in Nigeria with evidence, and we’ll be happy for them to please read it and take the needful action.”