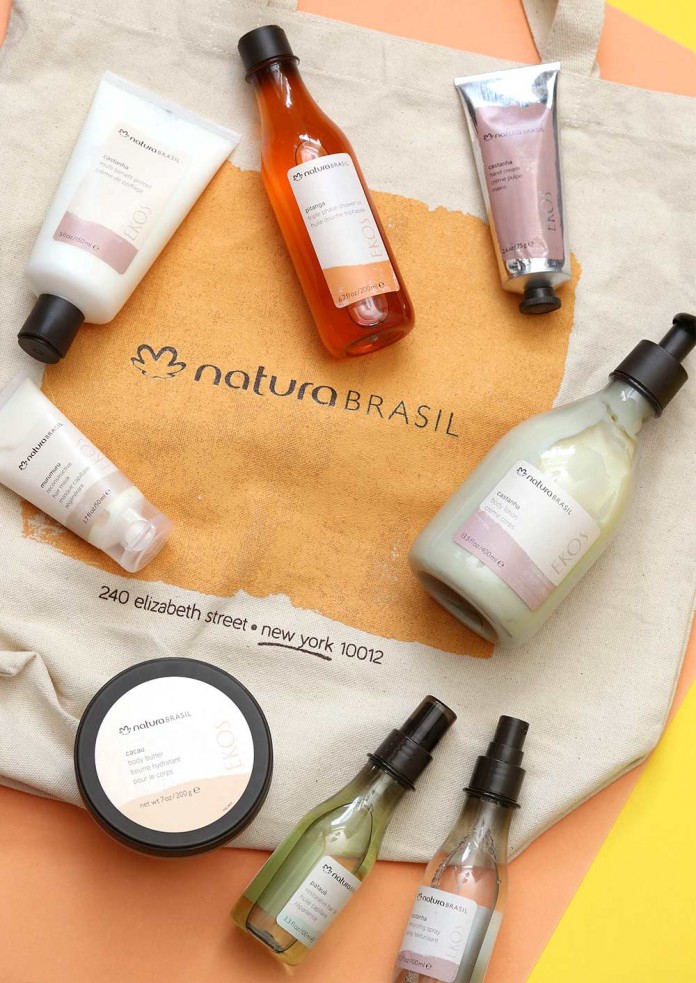 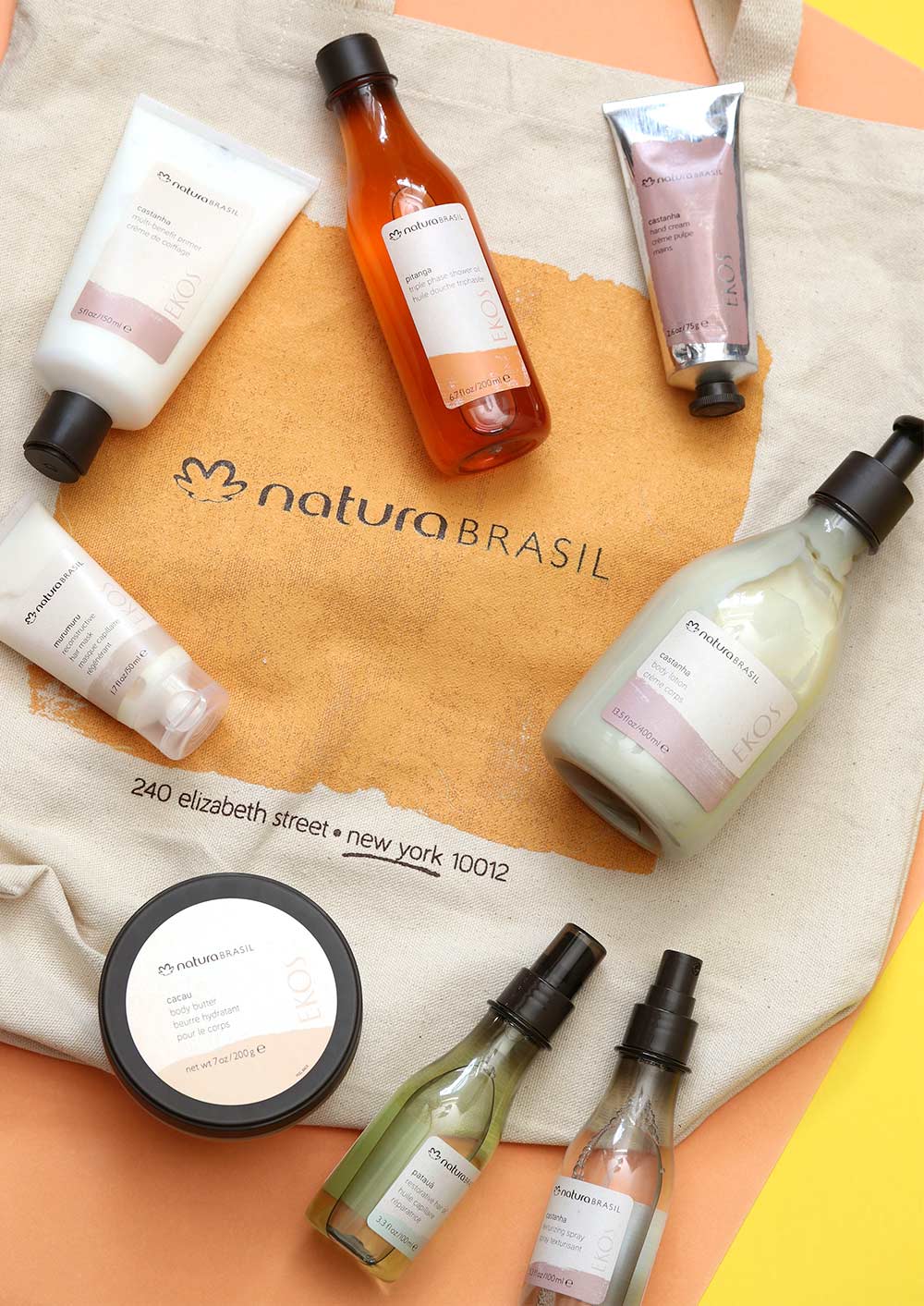 Have you heard of Natura Brasil?

New York friends, here’s another store that you can go to on your next beauty shopping adventure, and that I would LOVE to be able to go to as well if I didn’t live 2,903 miles away… It’s Natura Brasil, and it’s at 240 Elizabeth Street in the heart of Nolita.

They’re Brazilian brand, and I’m not sure how long they’ve been around, but they’re new to me. They’re a big deal in Brazil (If you follow beauty news, they might sound familiar because they recently purchased The Body Shop from L’Oreal! So, yeah, that’s $$$ BIG.), and they do body, bath and hair products. They’re also a favorite of many high-profile Brazilian babes, including Adriana Lima and Gisele.

Even if you aren’t planning a trip to New York anytime soon, you can still try their products, because they’re also available on the Natura Brasil website. Most of their products are about $25 each, so right in the mid-range, similar to The Body Shop and Aveda. 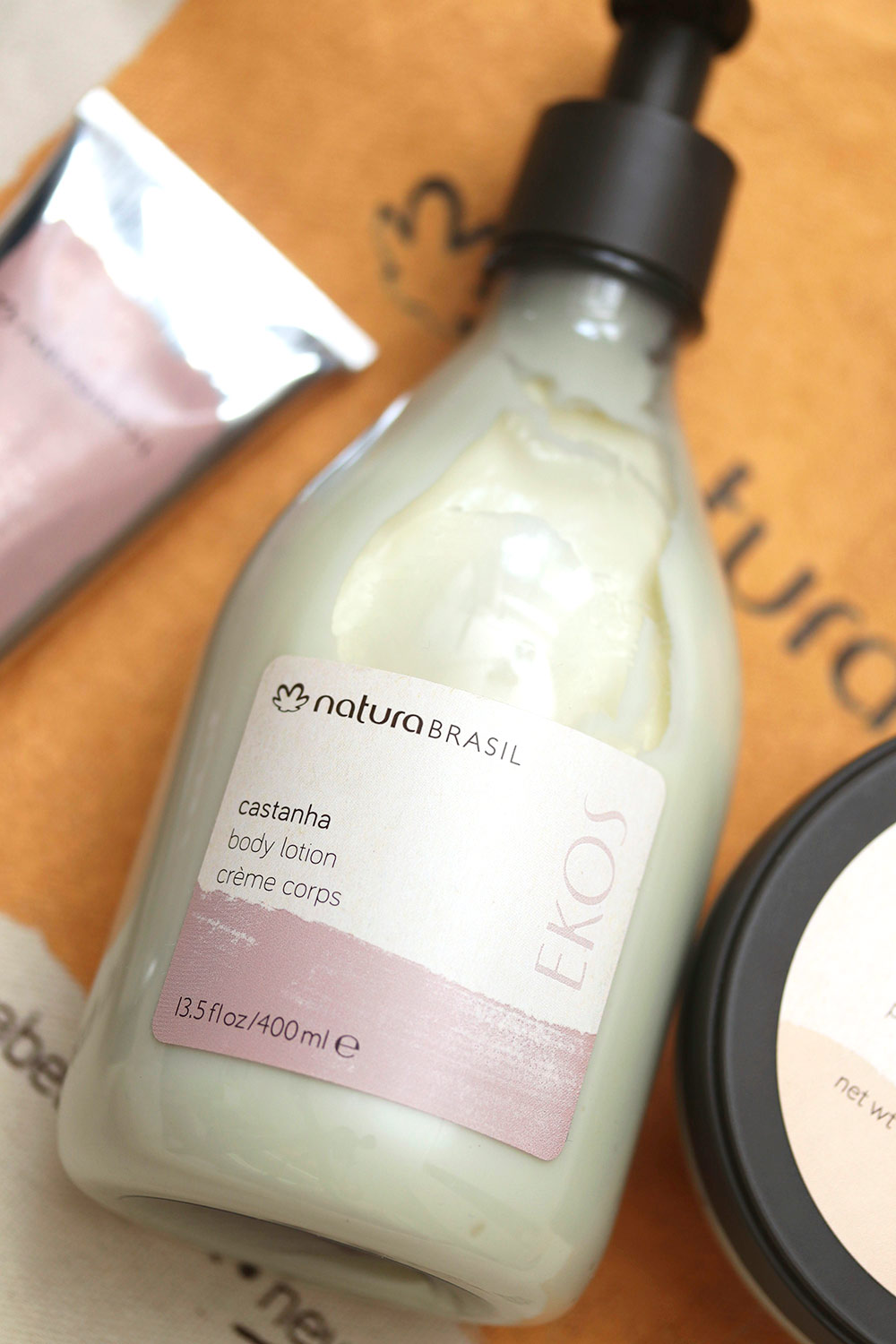 I chatted with some PR peeps from the brand to learn more. The company is all about using local Brazilian ingredients, and they work directly with farms and families to source things like castanha (commonly known here in the U.S. as the Brazil Nut) and murumuru (a palm tree with edible nuts that are sometimes added to moisturizers). 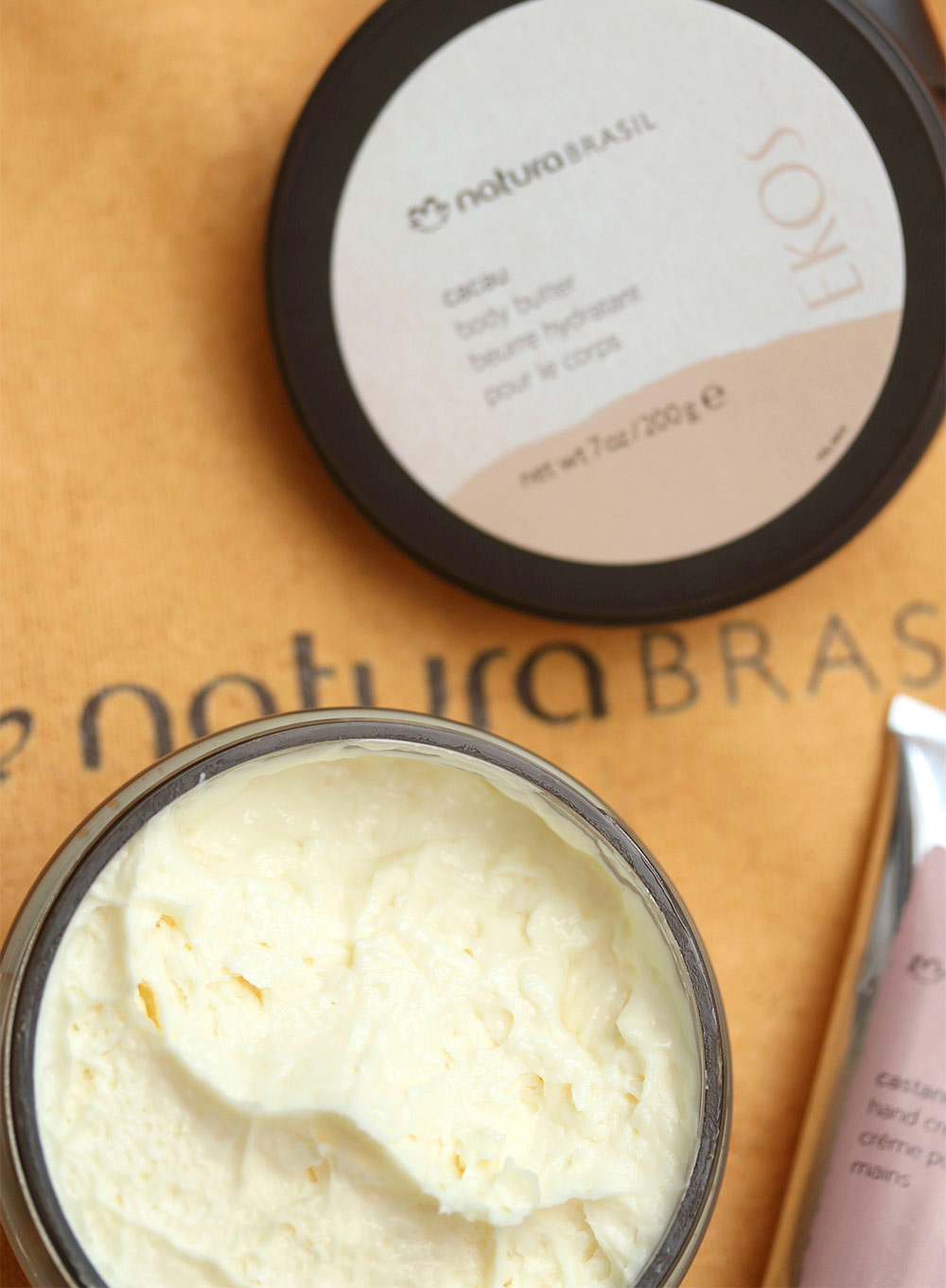 I’ve tried a few of their lotions and a shower oil so far, all of which have lovely, cozy scents. If you’re a fan of rich, musky fragrances like The Body Shop Cocoa Butter or Shea Body Butter, you’ll probably like these. Everything smells warm and very sexy.

I’ve really been loving the lotions. The Castanha Body Lotion ($25) has a thin, watery, surprisingly moisturizing formula that absorbs quickly and doesn’t leave a greasy film behind.

The Cacau Body Butter (also $25) is lightweight but hella moisturizing, too, and it has a whipped consistency that reminds me of Kiehl’s Creme de Corps Soy Milk & Honey Whipped Body Butter.

And then there’s the Castanha Hand Cream ($19.50), which is very thick and rich (and great) like Caudalie’s Hand and Nail Cream. 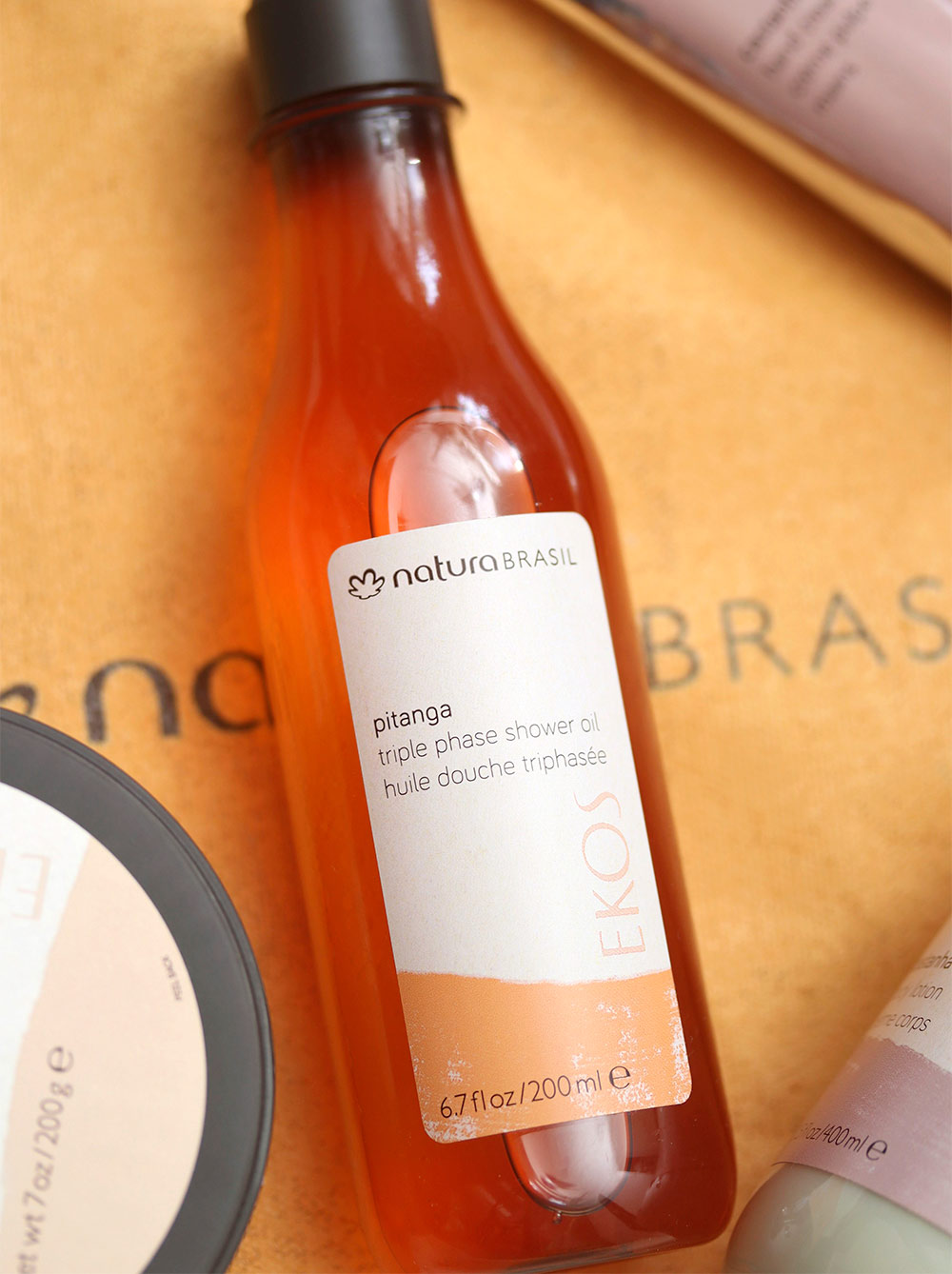 The Pitanga Triple Phase Shower Oil ($24) is another good one. For the record, it looks a little like salad dressing. When I shake the bottle to combine the oils, put a little on a washcloth, lather up, and rinse off, my skin feels fabulously soft. 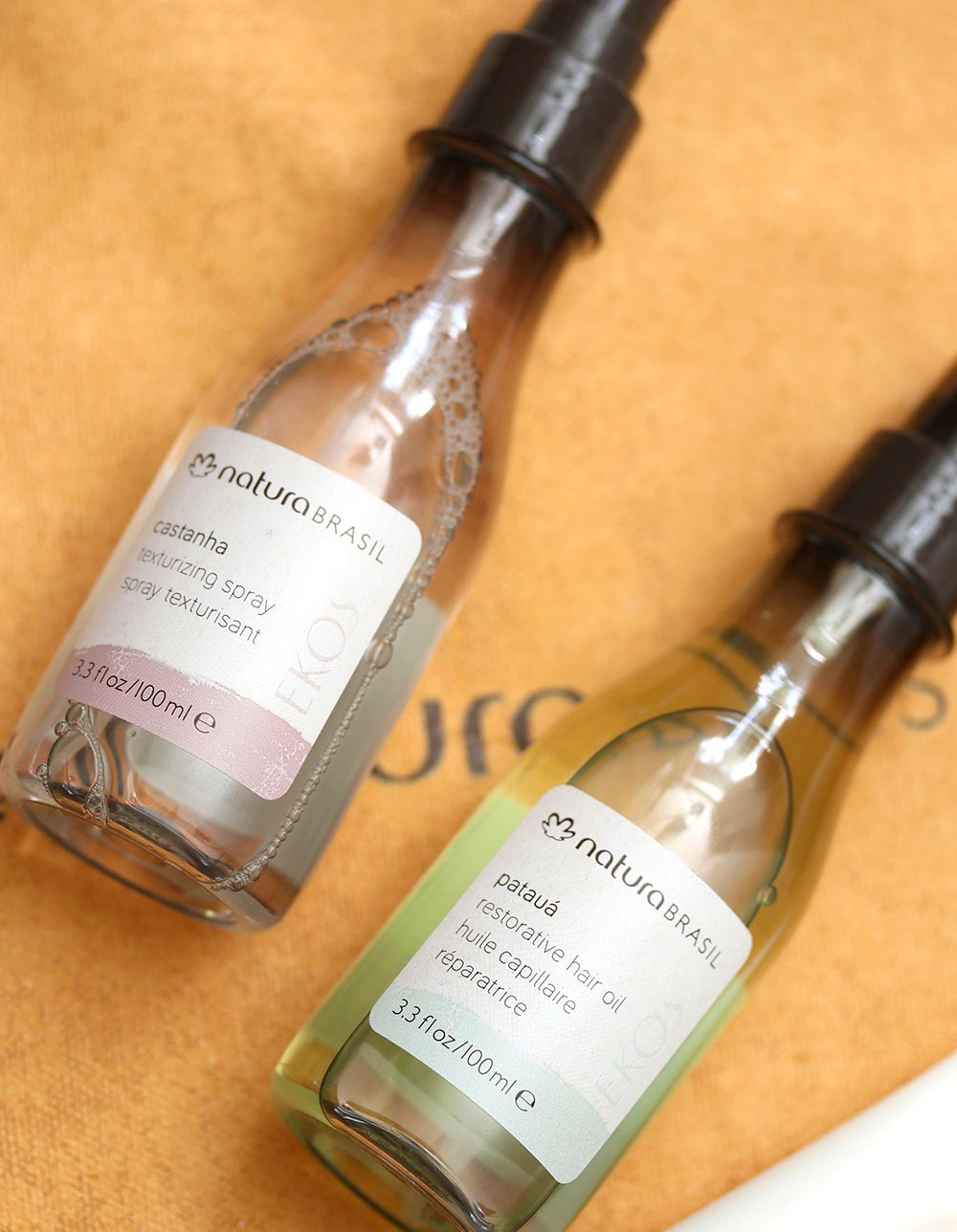 I’m going to try some of the hair products next. The Castanha Multi-Benefit Primer ($25) is supposed to strengthen and protect hair from heat styling.

Hey, man, if I can achieve Gisele-caliber Brazilian beach waves with it, sign me up!