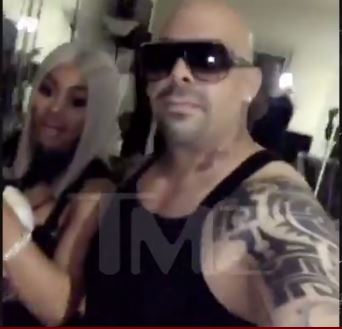 Blac Chyna is no doubt on a fast move to launch her music career and she’s said to have gathered a list of top Hip-Hop artistes for her debut project.

According to TMZ, the 29-year-old model has recruited Mally Mall, the popular producer credited for discovering her ex Tyga and launching his career. She will be working with hip hop stars including Yo Gotti, Tory Lanez, Jeremih and Rae Sremmurd’s Swae Lee who was seen in the studio with her and Mally in the clip below.

Chyna who was inspired by rapper, Nicki Minaj, has already started recording tracks that will feature ‘rap, “poetry music” and traditional singing’.