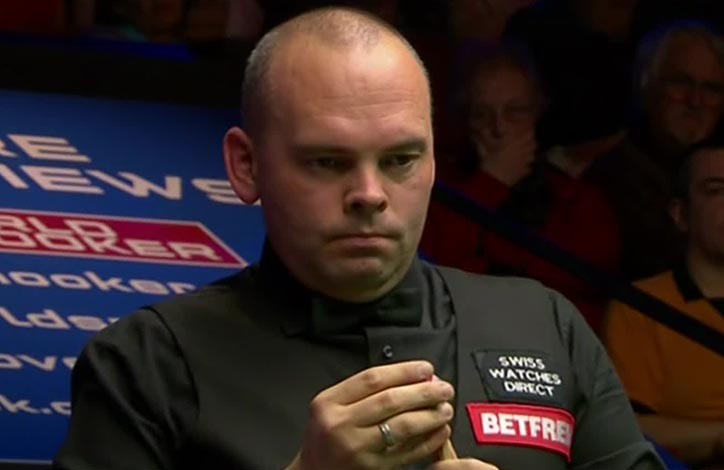 The 40-year-old took the last two frames, sealing victory with a break of 55 to claim his first ranking title since the 2015 World Championship.

Bingham had led 4-0 in the early stages and came through a scrappy final session that saw a highest break of 63.

“Unbelievable,” said the world number two. “To get my hands on another trophy means everything.”

Trump, 27, cut the early deficit to 5-3 by taking the last frame of the afternoon session and moved 7-6 and 8-7 ahead in the evening session.

However, Bingham got back on level terms and, after Trump missed an early opportunity in the decider, it was the former world champion who prevailed with a clearance.

“I honestly felt that Judd outclassed me from the word go,” said Bingham. “The first two frames were massive but it was only from his mistake that I cleared up and won.

“I’ve been knocking on the door since October time, playing pretty well. I thought it weren’t going to happen here and hats off to Judd, from 4-0 down a lot of people would have crumbled and given up.”

Trump said: “It was tough. I missed a few chances early on. I kind of threw it away in the first four frames.

“I missed too many easy balls and even tonight when I was getting back into it, I missed another easy ball. On the whole I did well to get back into it, it was just the odd shot here and there that cost me.”