Beyoncé Has A Plan To Help Burundi, But Key Details Are Fuzzy 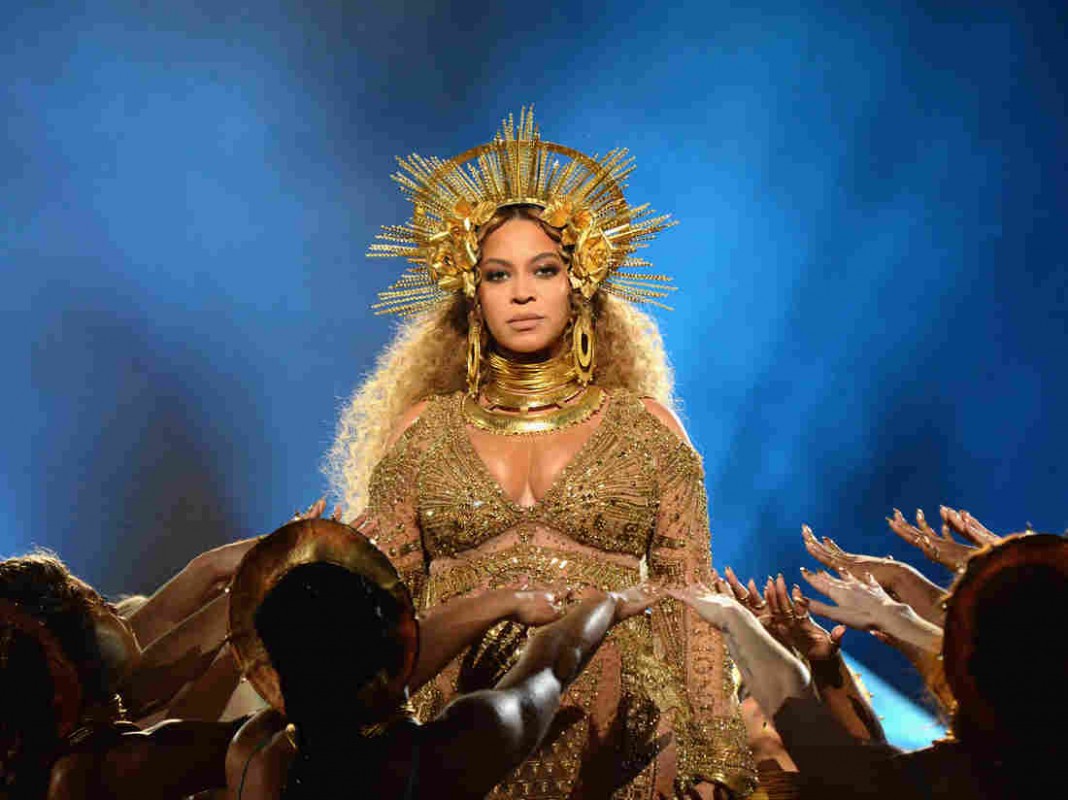 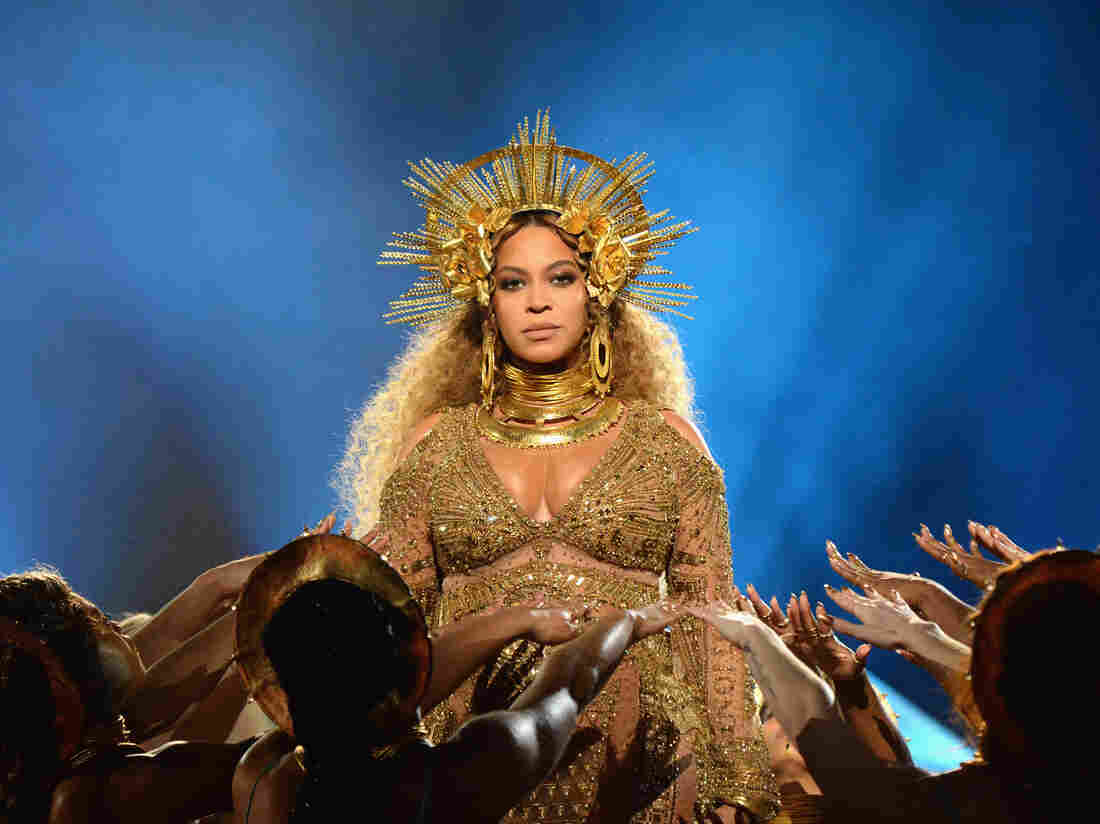 Beyonce, pictured at the Grammy awards in February, returned to Twitter after a year’s absence to announce a new philanthropic venture. Kevin Mazur/Getty Images for NARAS hide caption

Beyonce, pictured at the Grammy awards in February, returned to Twitter after a year’s absence to announce a new philanthropic venture.

Last week, Beyonce broke a year-long hiatus from tweeting by announcing a new initiative, BeyGood4Burundi — a partnership between her charitable foundation and UNICEF.

“Mothers in Burundi want to provide clean, safe water for their children. Let’s help them, together,” she wrote on June 30.

That single tweet raises some critical questions that often come up when a celebrity chooses to throw their star power behind a cause. Unfortunately, only some of them seem to have answers. Among the questions: How strong is her connection to Burundi? How much money is she giving? And is this effort promoting her own brand as well?

The object of Beyonce’s attention is a small, landlocked East African nation of 11.2 million. It’s been plagued by on-and-off violence since it gained independence from Belgium in 1962, and reports of current unrest continue. It’s classified as “low income” by the World Bank — average annual earnings are $280 per person and 77 percent of the population lives on less than $1.90 a day. That’s the marker for extreme poverty.

Her initiative has laid out some specific plans, like building nearly 1,000 water systems (including wells and boreholes).

Other goals include upgrading water systems at 70 schools and health-care facilities and providing educational materials on topics such as proper hand-washing techniques and the best way to clean food to avoid waterborne diseases. The initiative will focus on several rural areas. More wells would reduce the distance people have to walk to get water that is safe to drink. That’s a benefit for the young people, often girls, who have to walk long distances to collect water, taking time away from schoolwork. In addition, clean water would reduce the risk of water-borne diseases.

According to UNICEF, this is expected to be a multiyear partnership.

But some key details are hard to pin down.

How much did Beyonce donate to the effort? UNICEF deferred that question to Parkwood Entertainment, which handles Beyonce’s publicity and is also promoting the Burundi campaign. Parkwood did not respond to repeated NPR inquiries about the amount of funding from Beyonce.

That’s a concern, say some aid specialists. “I know some funders like to be private about their financial giving,” says Solome Lemma, deputy director of Berkeley, Calif.-based Thousand Currents, a nonprofit organization that funds grassroots organizations. “But given the public nature of this, I would be curious to know what it is.”

Then there’s the matter of the T-shirts. Beyonce’s website includes a page where people can donate to the initiative and purchase T-shirts for $30, with “proceeds to benefit UNICEF’s support of Burundi.”

But it’s left unstated how much of the proceeds go to the cause. A lot of charities choose not to give this information, “but that doesn’t make it a good practice,” says John Trybus, managing director of Georgetown University’s Center for Social Impact Communication and an adjunct professor there.

Also, the T-shirts are featured on the “shopping” page of Beyonce’s website, which also sells her fragrances, hats, “intimates” and other products promoting her music and career.

“It would be best not to muddy the waters” by mingling the Burundi products and the products that “profit her personally,” says Trybus.

It’s also unclear what Beyonce has any expectations from the public beyond making a donation or buying a T-shirt.

“It’s rather limited,” Trybus says of the call for engagement. “That’s a big miss. A lot of the research on supporting causes shows that you need to give people different options to be involved.”

One way to do this, he suggests, would be to encourage people to share information about Burundi with their friends and family members to raise awareness about the issue of access to safe drinking water.

There are also seems to be a somewhat random quality to her choice of Burundi. UNICEF USA’s president and CEO Caryl Stern said that Beyonce became interested after she saw a TV news program about the country. UNICEF did not know which TV program. That’s another question NPR put to Beyonce that went unanswered.

Stern of UNICEF counters that Beyonce’s representatives at Parkwood were very engaged in discussing UNICEF’s plans to carry out this work in Burundi. “I’ve experienced very few partners with the level of detailed questions that have been asked and agreed to in advance of a project. This is real and very sincere.”

And though Beyonce herself has not indicated that she’s visited Burundi, her representatives have. Ivy McGregor, director of philanthropy and corporate relations at Parkwood, was part of a Parkwood team that traveled to Burundi in April to plan for the new initiative.

“We traveled throughout the provinces to uncover the need. We asked one question: How can we help?” McGregor told a crowd at the Global Citizen Festival in Hamburg, Germany on Thursday, in a video posted on YouTube. “And there was always one resounding answer — safe, clean water.”

Will Beyonce’s high profile mean that resources will be diverted from other equally deserving causes? Stern doesn’t worry.

“There isn’t a competition over which one is most in need or most worthy or most exciting,” she says. “Every time we have the opportunity to work with anyone who shares that passion for children and helps us save the lives of children, it’s a bonus.”

Rachel Silverman, a senior policy analyst with the Center for Global Development, a think tank in Washington, D.C., agrees: “Focusing on Burundi — and on sanitation specifically — is likely to [raise] the profile of this issue on the international stage.”