Barcelona have ‘no plan B’ to boss Enrique 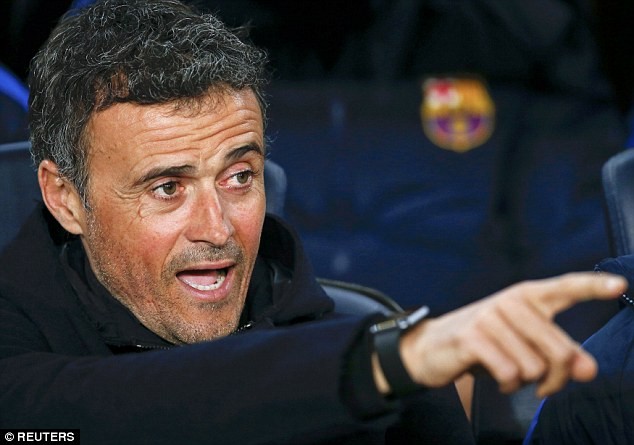 Barcelona have “no plan B” to Luis Enrique, whose future as manager will be decided in April, the Spanish champions’ president says.

Enrique’s contract expires at the end of this season, and some fans booed him during Sunday’s 2-1 win over Leganes.

“In the last few years, he has won almost all competitions. The Barca supporters are very happy with him.”

Former Barca and Spain midfielder Enrique, 46, was appointed in 2014. He won the Champions League, La Liga and Copa del Rey in his first season in charge, adding a domestic double last term.

But this season has been more difficult. On Tuesday, Barca were beaten 4-0 in the first leg of their Champions League last-16 tie with Paris St-Germain.

“We will speak to Luis in April to see how he feels. There is no plan B,” Bartomeu added.

“He is doing an extraordinary job and now we enter the most important stage of the season.”

Madrid, who have not won the league since 2012, beat Espanyol 2-0 on Saturday. They have two games in hand on Barca – the first of which comes on Wednesday at 17:45 GMT, away to Valencia.

Barca, who have already set up a Spanish Cup final with Alaves, play the return leg of their tie with PSG at Camp Nou on 8 March.