Backpacker says she was drugged, raped on Thailand’s ‘death island’ 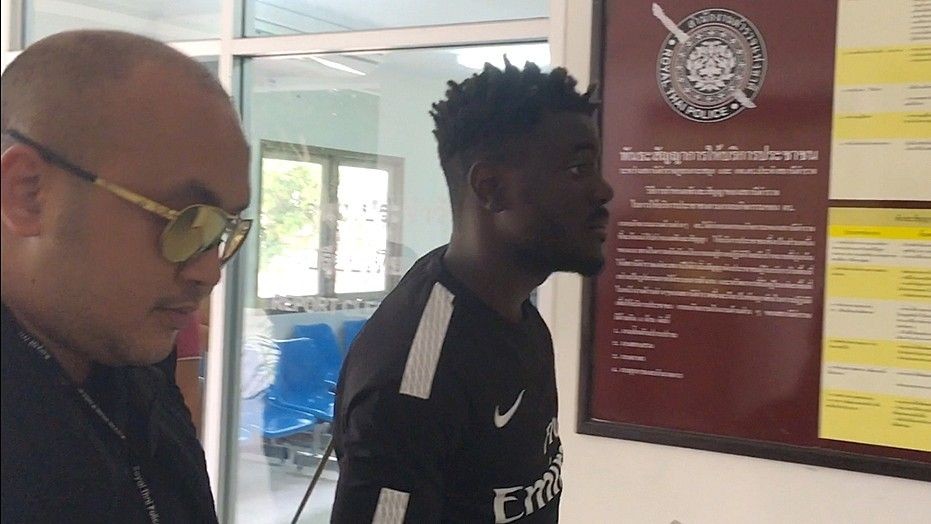 Backpacker says she was drugged, raped on Thailand’s ‘death island’

A French national was charged Monday with raping a British woman last week on Koh Tao, known as Thailand’s “death island” because it’s a popular tourist spot that’s been besieged by crime and murder in recent years.

Yohan Michael Tunka Buaga, 26, was arrested Sunday and charged Monday with rape. He is currently being held on Koh Samui, an island near Koh Tao, Reuters reported.

The 18-year-old woman, who was not identified, alleged Buaga drugged and raped her on Wednesday, Sky News reported.

The Sun reported the woman woke up wearing only a t-shirt after a night of drinking with Buaga and friends. Buaga reportedly denied raping the woman.

The popular tourist destination of Koh Tao has come under scrutiny for its safety in recent years.  (Reuters)

“The suspect has admitted to having sexual intercourse with the victim, but he said that it was consensual and not rape,” Colonel Piyapong Boonkaew said. “We are now investigating the case and waiting for forensic examination.”

Buaga told authorities he’s a French police officer and met the woman at a bar on the island, according to The Sun.

Vacationing in Koh Tao has come under scrutiny for its safety in recent years following a spate of crimes. The spree has led to the nickname “death island.”

British citizens Hannah Witheridge, 23, and David Miller, 24, were backpacking on the island before they were discovered dead on a beach in 2014. Police said Witheridge was raped before being bludgeoned to death. Miller was also bludgeoned to death. Zaw Lin and Win Zaw Tun, two migrant workers from Burma, were found guilty of killing the two Brits in 2015.