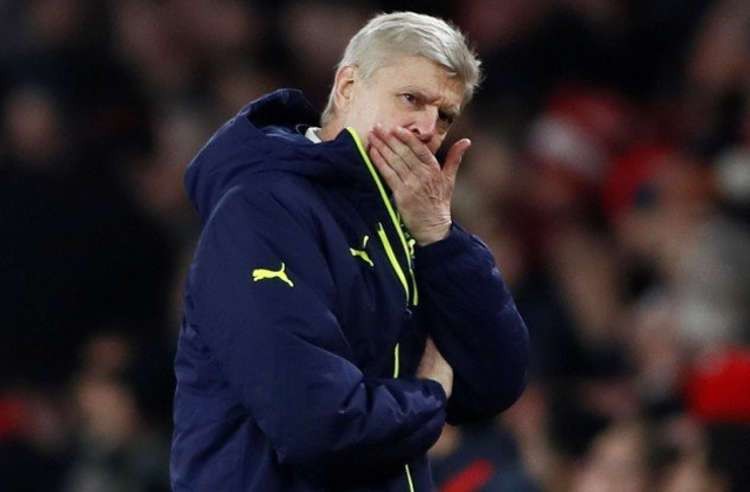 A decision on the future of Arsenal manager Arsene Wenger will be made at the end of the season – but a new contract remains on the table.

Despite Wednesday’s Champions League last-16 first-leg thrashing at Bayern Munich, there is currently no prospect of Wenger leaving before the summer.

It is expected the decision for him to stay or leave will be mutual between the club and the Frenchman, 67.

Wenger, in charge since 1996, was offered a new deal earlier this season.

He typically makes his decisions at the end of a campaign, when he is able to reflect on how the year has unfolded and what needs to happen next.

His current contract with the Premier League club expires at the end of the season.

Arsenal have not won the league since 2004, though Wenger has consistently guided them to Champions League qualification, reaching the knockout stages 14 years running.

However, the Gunners will almost certainly exit the competition at the last-16 round for the seventh straight year after the 5-1 defeat at Bayern Munich.

The nature of the loss, coupled with successive league defeats by Chelsea and Watford, has prompted several former Arsenal stars – some of whom played under Wenger – to suggest his time at Emirates Stadium is coming to an end.

The Gunners ended a nine-year wait for a trophy by beating Hull City in the 2014 FA Cup final, and won the competition again the following season,

Speaking after the 4-0 win over Aston Villa at Wembley in 2015, Arsenal’s players said they were convinced the consecutive titles would herald greater success, but failure to secure further silverware has seen pressure on Wenger grow.

After the Gunners lost 3-1 to Premier League leaders Chelsea earlier this month – a result that left them 12 points behind the Blues – ex-England defender Danny Mills said Arsenal “have settled for fourth again”.

Earlier, former striker Ian Wright, who scored 185 goals for the club between 1991 and 1998, said he believed Wenger’s time as Arsenal boss was “coming to the end”, although the Frenchman later denied giving any indication of his future plans.