Ancelotti praises Wenger for Arsenal’s ‘identity and style of football’ 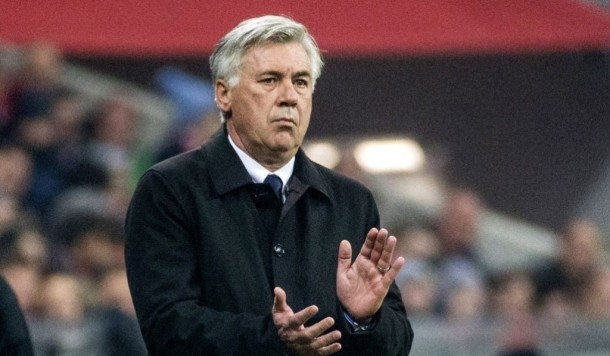 Bayern Munich boss Carlo Ancelotti has spoken of his “respect” for Arsene Wenger and backed the Arsenal manager to deal with recent criticism.

A faltering Premier League title challenge has led to increased speculation about the Frenchman’s future, with some Gunners fans calling for him to leave.

Ancelotti believes Wenger should be praised for the job he has done.

“He built a strong identity and a good style of football,” said the Italian.

“Wenger has the experience to know that in our job it is normal to be criticised. For this reason he has no problems.

“I have a lot of respect for the job he has done at Arsenal.”

With Arsenal fourth in the Premier League and 10 points behind leaders Chelsea, success in Europe and the FA Cup is looking increasingly likely to be the Gunners’ best chance of securing silverware this season.

Arsenal face a tough test against a Bayern side they have met three times at this stage of the competition since 2005, losing on each of those three occasions.

However, Wenger believes his side possess the experience to cause their opponents problems.

“We know we play against Bayern who, basically, listening to you [reporters] are favourites,” he said.

“We have to be very positive on the fighting front and playing front.

“When you look at their record they are always in the last four. It is a massive challenge but we are capable of dealing with it.”