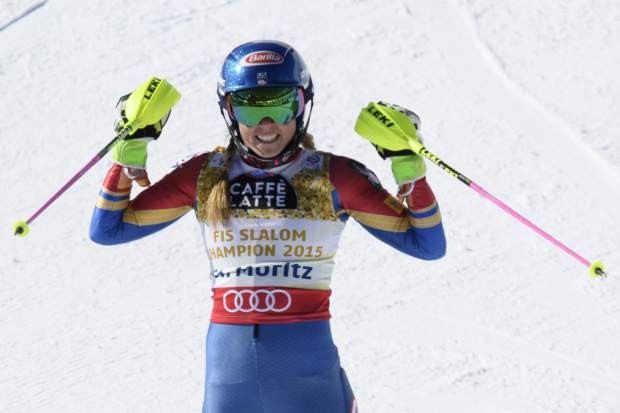 The 21-year-old clocked the fastest times of both the first and second runs and claimed gold by 1.64 seconds.

Great Britain’s Alexandra Tilley came in 25th as she finished 5.45 behind the winner in St Moritz on Saturday.

Shiffrin’s third win in the slalom equalled the record of German Christl Cranz, who completed her treble in 1939.